An Australian government advisory, warning travellers to Greece to be aware of the possibility of retail banking services becoming limited at short notice, sparked reaction from the Greek side. 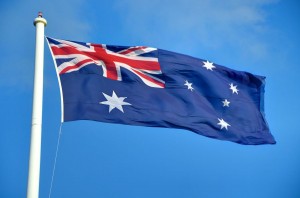 Updated in late May, the travel advisory advises Australians visiting Greece to make sure they have more than one means of payment with them (cash, debit cards, credit cards).

“Make sure you have enough money to cover emergencies and any unexpected delays”, the advisory says.

Dodecanese MP Manos Konsolas, head of tourism for opposition party New Democracy, sent a letter last week to the Ambassador of Australia to Greece, Mr John Griffin, requesting that his government lift the advisory, stressing the ongoing “bonds of friendship” between the two countries and underlining that the “stability of the Greek banking system is guaranteed by the European Central Bank”.

“I took the initiative by contacting the Ambassador of Australia, a friendly country, to lift a travel advisory that is causing damage to our tourism, …and I expect the government to do the same,” Mr Konsolas said in his letters.

The Australian travel advisory also advises travellers to Greece to exercise safety precautions and mentions the likelihood of potentially violent protests in the country as well as the possibility of strikes affecting air, sea and rail transport. The advisory concludes that there is an ongoing threat of terrorism in Europe.