Travellers across the globe have ranked the Acropolis in Athens among the top landmarks in Europe for 2015, a leading travel website said on Tuesday.

According to TripAdvisor’s 2015 Travellers Choice Attractions Awards, the Acropolis was ranked 21st in the list of top landmarks in Europe.

The annual awards are based on the millions of valuable reviews and opinions from TripAdvisor travellers from all over the world.

Basilica of the Sagrada Familia in Barcelona, Spain, topped the Europe list, followed by Italy’s St. Peter’s Basilica in Vatican City and the Milan Cathedral (Duomo) in Milan.

Award winners were determined using an algorithm that took into account the quantity and quality of reviews for landmarks worldwide, gathered over a 12-month period.

Tripadvisor also released the Top 10 Landmarks in Greece as voted for by TripAdvisor travellers. 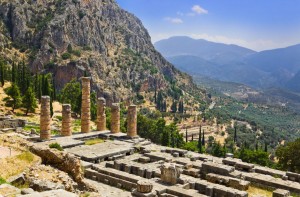