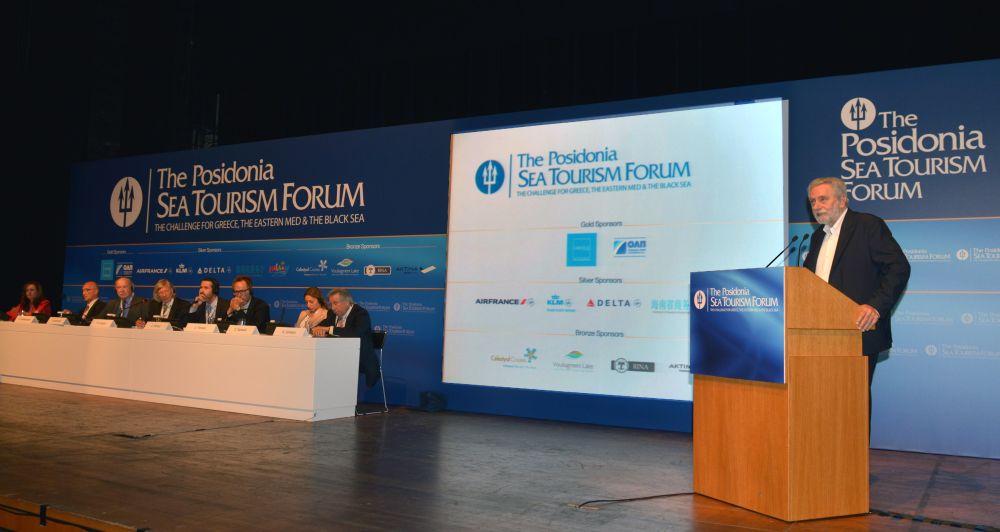 A National Coordination Committee for Cruising Affairs in Greece will be launched in a few days during a crucial juncture for the country’s economy, Alternate Minister for Maritime Affairs Theodoros Dritsas announced on Tuesday, the first day of the 3rd Posidonia Sea Tourism Forum in Athens.

“This committee will play a vital role towards the improvement of infrastructure and regulatory framework which are required in order to help us upgrade our sea tourism product”, Mr. Dritsas informed stakeholders from the global cruising and yachting sectors.

The announcement of a National Coordination Committee for Cruising Affairs in Greece was welcomed by Pierfrancesco Vago, Chairman of CLIA Europe,  the association representing the 40 billion euro cruise industry in Europe.

“This has been a key demand of CLIA Europe to the Greek authorities”, Mr. Vago said during his speech.

According to CLIA Europe’s chairman, existing port infrastructure, homeporting challenges, continuous and unexpected price hikes for major onshore attractions are the main obstacles for the further development of the cruise sector in Greece.

“The industry needs competitive and a stable and efficient operating environment, but today the hurdles are there for all to see”, he said.

“I urge the Greek authorities to prioritize a port development programme with specific completion timelines and a viable and sustained funding streams.”

Mr. Vago also said that direct cruise spending in Greece stands at 570 million euros with a further 1.4 billion euros in indirect spending of which more than a third pay the wages for 11,000 direct jobs.

On her part, Alternate Tourism Minister for Tourism Elena Kountoura highlighted the significant role sea tourism plays for the economic development of Greece.

“We are aiming at prolonging the tourism season in Greece and the cruise sector is a key pillar of our national tourism strategy”, Ms. Kountoura said.

The alternate tourism minister informed the audience that Greece is heavily investing in sea tourism. “According to various industry sources, the signs for 2015 are very positive as a few of Greece’s ports are amongst the most popular in Europe amongst international cruise operators”, she added.

This year’s Posidonia Sea Tourism Forum welcomed 800 stakeholders from the global cruising and yachting sectors for a two-day forum to discuss a range of issues pertaining to current challenges and future potential of sea tourism in Greece and the Eastern Mediterranean.

At the ensuing panel table, the speakers debated a range of issues from the impact of the economic recession and political developments on Europe’s cruise markets to the challenges posed by infrastructure deficiencies for Mega Cruise Ships.

The 3rd Posidonia Sea Tourism Forum will end on Wednesday, May 27.