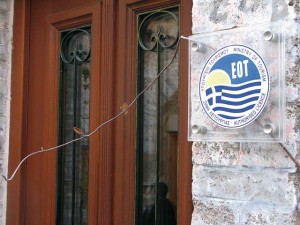 Alternate Tourism Minister Elena Kountoura has decided to terminate the special seal indicating legitimate accommodation, which was issued by the Greek Tourism Confederation (SETE) in collaboration with other trade bodies.

According to media reports, the May 8 decision comes after ministry concerns over the delegation of powers between private and public sectors.

The verification procedure, which was enacted last December by former tourism minister Olga Kefalogianni, stipulated that the body responsible for issuing the special sticker for legitimate operation was SETE or trade unions and member associations cooperating with the federation.

According to the said procedure, accommodation units were required to apply to SETE for the special sticker of legitimate operation for the number of rooms or apartments equal to the capacity of the enterprise.

The measure was aimed at creating an additional control mechanism that would identify illegally operating units which had managed to elude tourism ministry checks.