Greek Tourism Sector Calls for VAT Rate to Not Exceed 10% 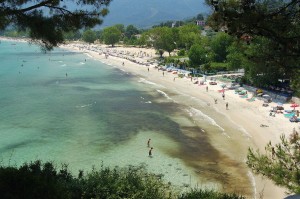 The single value-added tax (VAT) rate on the Greek tourism package (accommodation and food services) should not exceed 10 percent on average nor the levels of competitor countries, the Greek Tourism Confederation (SETE) and the heads of the country’s tourism sector associations* said on Monday in a joint statement.

Through the statement, the Greek tourism sector associations jointly reaffirmed their support to the government’s national effort to strike a deal with the country’s creditors.

However, according to the statement, if the VAT rate on tourism exceeds 10 percent, the Greek domestic sector will suffer a severe blow and the number of job losses from 2016 and on will surpass 200,000.

“It would be the largest recessionary measure from the beginning of the Greek crisis”, the statement reads.

The heads of Greece’s tourism sector associations also reminded that other countries have a favorable VAT regime for sensitive island regions such as the Canary Islands (0 percent VAT rate) and Corsica (2 percent VAT rate).