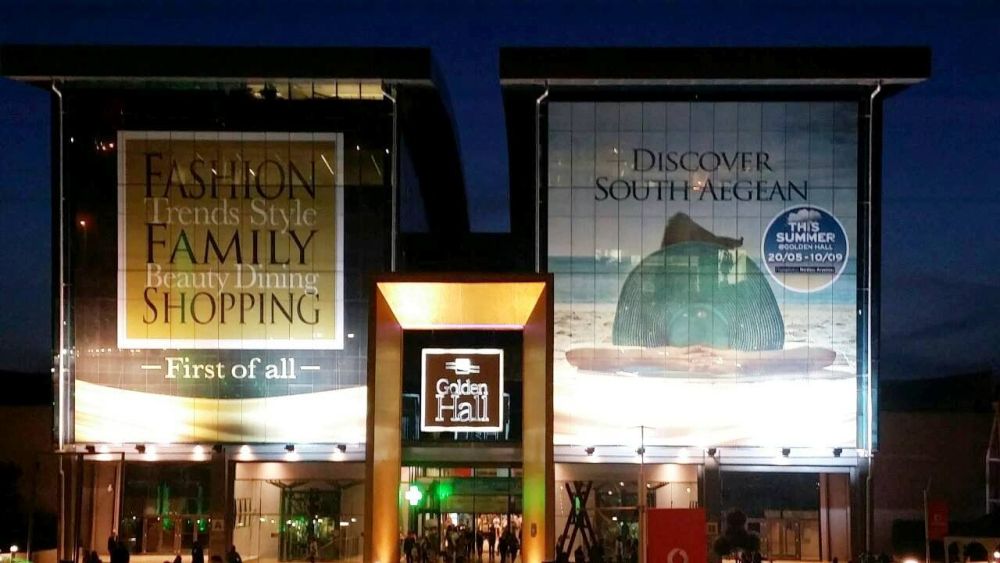 For four months the sights, tastes and feel of the Dodecanese and Cyclades islands will be the focus of activities at Athens’ Golden Hall shopping center in Marousi, as part of the “Discover the South Aegean” promo campaign featuring 50 Greek islands, which kicked off on Wednesday.

South Aegean Prefect George Hadjimarkos and Golden Hall Centre Manager Theodoros Pantis officially inaugurated the campaign, which will run through to September 10, and offer consumers the chance to become acquainted with the culture, gastronomy, history and tourism offerings of 50 Greek islands through a series of events including tastings, art and photography exhibits, music happenings and children’s activities.

Rhodes comes into the spotlight in July with a followup show to the “Rhodes – A Greek Island and Getaway to the East” exhibit, which was hosted by the Louvre Museum last November.

In the meantime, Mr Hadjimarkos awarded NGO Aegean Team for 21 years of valuable contribution to the islands and residents of the South Aegean region, through volunteer efforts in education and culture.