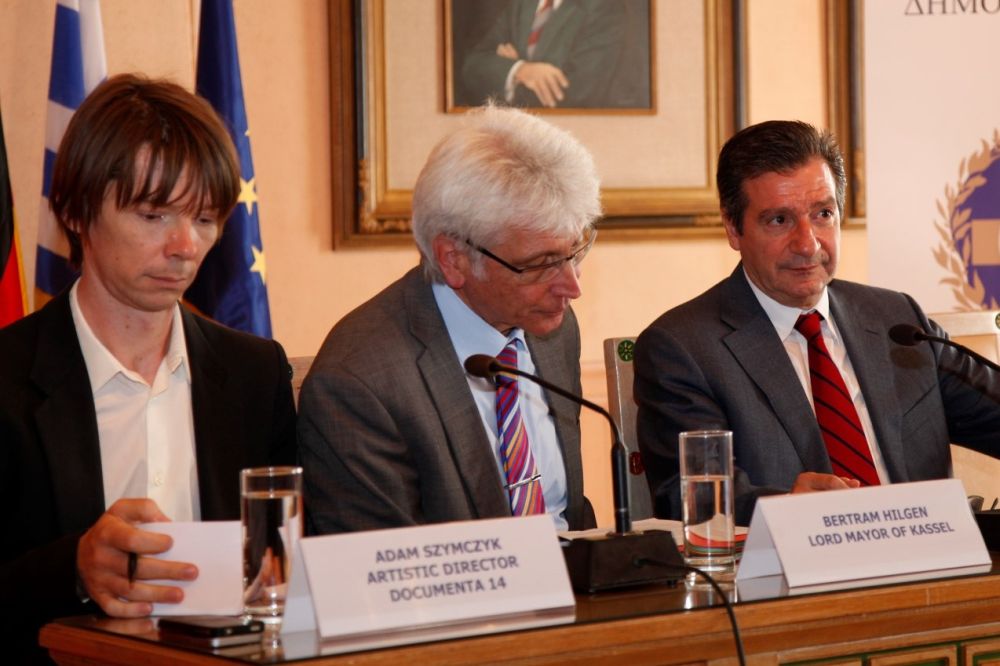 One of the art world’s most prestigious events will be coming to Athens in 2017, when the Greek capital will co-host for the first time in six decades the “documenta 14: Learning from Athens” exhibit set to open in April that year.

For the first time since its inception in 1955, the contemporary art “documenta” exhibit, which has to this day been exclusively held in the German city of Kassel, will be jointly hosted by a second city. The show will open in Kassel on June 10, 2017.

“Kassel and Athens: two European cities join forces for this important opportunity for cultural exchange,” Athens Mayor Giorgos Kaminis said during a press conference in Athens on Wednesday for the presentation of the event.

Mr Kaminis described the collaboration as a “cultural challenge that mobilises the city, the municipality and Athens residents, society and the Greek capital’s cultural institutions”.

“The Greek capital has an excellent opportunity to demonstrate in the midst of the economic crisis that cultural expression and creativity are alive and well, and are constantly tuned to the trends of the international artistic avant-garde without renouncing tradition and history,” Mr Kaminis added.

“Adam Szymczyk’s idea to select Athens to co-host ‘documenta 14’ offers the opportunity to build relationships of trust between residents of the two cities on subjects of common interest, not only during but also before and after its completion,” Kassel Mayor Bertram Hilgen added.

The artistic director of “documenta 14” is Polish art critic and curator Adam Szymczyk, who said Athens would serve as a workshop of contemporary cultural ideas.

Attended by over 905,000 visitors in 2012, the documenta event is held every five years for 100 days. In its 13 events to date, documenta has hosted the works of contemporary artists from across the globe.