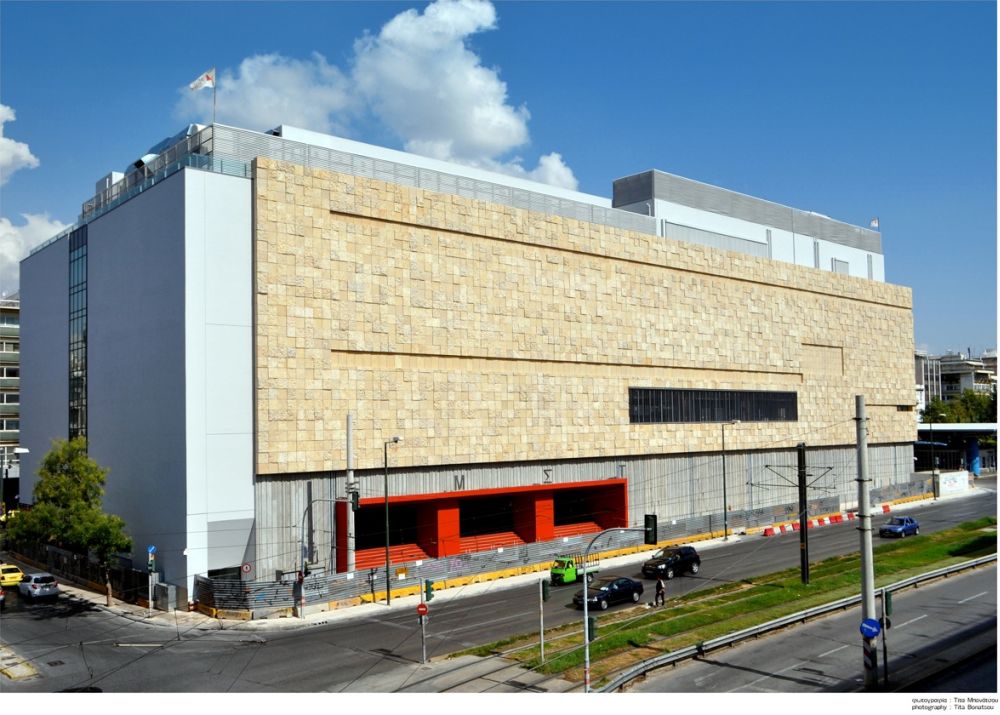 Greece’s National Museum of Contemporary Art (EMST) opened its doors to the media for several hours on Saturday, on the occasion of International Museum Day (May 18), offering visitors a glimpse of the new addition to Greece’s art scene with Deputy Culture Minister Nikos Xydakis as their guide.

A former brewery dating back to the 1950s, the 18,142m2 museum whose construction started some 11 years ago is expected to begin operations by the end of this year and will merge the exhibits of the Thessaloniki, the national and the Macedonian museums.

“This building would not exist if it had not been born in the hearts of the people, such as Anna Kafetsi and many others who sat on the Board of EMST; collectors, donors of artworks, art critics, curators, museum staff and many more who have contributed to this space full of light,” Mr Xydakis told reporters.

The minister also said that an international competition will be announced for the position of the museum’s director and an additional 50 employees will be hired. The EMST is expected to be fully functional once it is completed in total. For the time being, the first floor and mezzanine have been delivered.

Mr Xydakis further revealed that in 2016, the EMST will be hosting the “Year of Russia in Greece”, featuring among others works by Matisse as well as conceptual art of the 60s.

No Seaplane Flights in Greece This Summer

Greek Hoteliers to Bear Brunt of Proposed Taxes by up to 147.6m Euros