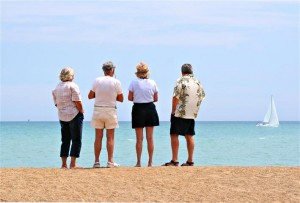 “Greece remains one of the most popular destinations among TUI’s German customers. Greece ranks third after Spain and Turkey. For the upcoming summer season, which has already begun in Greece, demand remains high. 2014 was a record year for TUI in Greece, while for the current year demand is satisfactory despite the political situation,” Kathrin Spichala, spokesperson for TUI told Deutsche Welle.

Ms Spichala, however, insisted that bookings are at the same level as last year, if not better, and added that there was no reason why German holidaymakers should not plan their holidays in Greece, especially now when there is so much investment in the industry.

According to TUI, Crete’s Chania is expected to be a German favourite this summer, as well as Rhodes, Kos and the rest of Crete. Tour operators Thomas Cook and Alltours also said that bookings are at the same levels with last year.