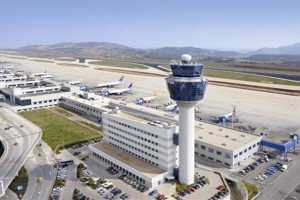 As the summer season sets in, travelers are flocking to Greece and more new flights are landing by the day at Athens International Airport, which is recording a 20 percent increase in passenger traffic, 140 new routes, 189 boosted flights plus 10 new destinations.

Compared to the same period last year, Athens airport figures are picking up pace with new destinations being served. Aegean Airlines has introduced two weekly flights to Bordeaux, Pisa, Riyadh, Tallinn, Toulouse, Sharm el Sheikh and three weekly flights to Preveza. At the same time, the Greek carrier is increasing the number of weekly flights to 24 of its international routes and six domestic routes.

Ryanair flies daily to Warsaw, four times a week to Budapest, twice daily to Santorini and Rome, every day to Brussels, and three times per week to Bratislava.