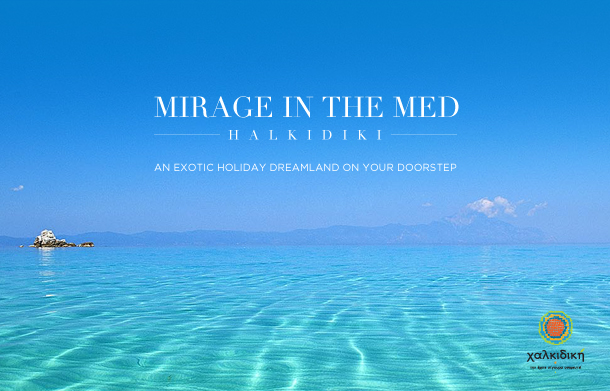 In ongoing efforts to promote the Halkidiki peninsula in northern Greece, as a primary tourism destination, the Halkidiki Tourism Organization (HTO) launched its latest campaign last week titled “Halkidiki, MIRAGE in the Med”.

A comprehensive international campaign, “MIRAGE in the Med” includes promotion on digital and social media, video actions, special offers and fam trips for media and bloggers aimed to attracting holidaymakers primarily from Germany, Turkey, Belgium, Holland and the Balkans.

“With this campaign, the Halkidiki Tourism Organization stresses yet again that only with cooperation, extroversion and strategy can Halkidiki and Greece feature in the international tourism scene,” HTO President Grigoris Tassios said.

With the active participation of local sector bodies and media, “MIRAGE in the Med” is part of Marketing Greece’s ongoing international campaign highlighting Halkidiki’s location, natural beauty and unique features, which make it an “exotic paradise Europe’s backyard”.