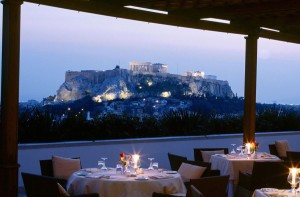 Athens ranks third among European destinations with the highest increase in hotel rates for May compared to the previous month, according to online booking agent trivago.gr’s Hotel Price Index released on Wednesday.

According to trivago.gr, this rise reflects Athens’ positive image as a choice destination.

Other Greek destinations hiking accommodation rates include Delphi at 84 euros per night, up by 13.5 percent compared to April and by 25.4 percent compared to May 2014, while in Heraklio, Crete, nightly prices rose by 11.4 percent to 88 euros on a monthly and annual basis. Nafplio rates rose by 33 percent against last year at 117 euros.