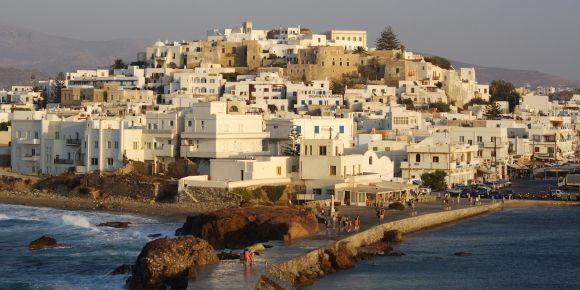 The Municipality of Naxos and Small Cyclades, the official tourism office of the island of Naxos and its surrounding smaller islands — Iraklia, Schinoussa, Koufonissia, and Donoussa — on Wednesday announced the release of its second in a series of promotional videos geared to shed light on the island’s vast and distinctive tourism product.

Aerial pans over the Aegean and quick moving shots of many of the island’s top attractions are set to a light summer beat and lyrics to produce the 3-minute promo in the form of a music video titled On an island in the center of the world.

“Our aim was to promote our island in a modern way,” said Naxos Deputy Mayor of Tourism, Dimitris Lianos. “Music and dance is part of our rich cultural heritage. This inspired us to take a youthful, contemporary musical approach that features a variety of images of the island.”

Directed by Naxos native and award-winning musical video producer, Yiannis Papadakos, it features popular Greek singer Kostas Doxas singing about all that is great about summer on Naxos.

The storyline is that of a couple (Doxas and Maria Makri) recalling their time spent on the island, while anxiously awaiting the return of summer. Music is by dj Rico and lyrics by Papadakos.

Together and with friends the couple enjoys a series of summer fun and activities on Naxos: sightseeing, swimming at sandy beaches, hiking, wind and kite surfing, walking in town and going out at night. The island’s famous cheese, Naxos’ Graviera and the liqueur Kitro also have their place in the video.

“The idea was to find a fun way to represent a snapshot of all there is to enjoy on the island,” said Mr. Papadakos. “It is my great pleasure to once again produce a video for the island that I love and thank all those who supported it and helped make it happen.”

On his part, Kostas Doxas said that he had heard so much about Naxos, that when he was asked to participate, he immediately agreed.

“Naxos is a magnificent destination with fantastic products, endless beaches. The warmth and hospitality of the people made me feel special and under Yianni’s direction I actually did feel I was on vacation.” 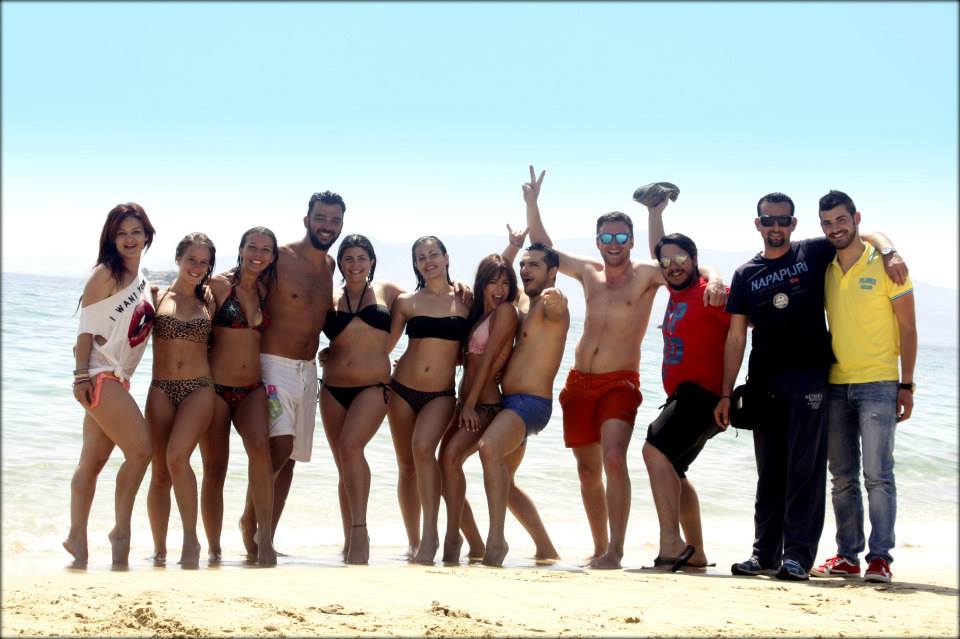