Athens Half Marathon a Hit Despite the Heat 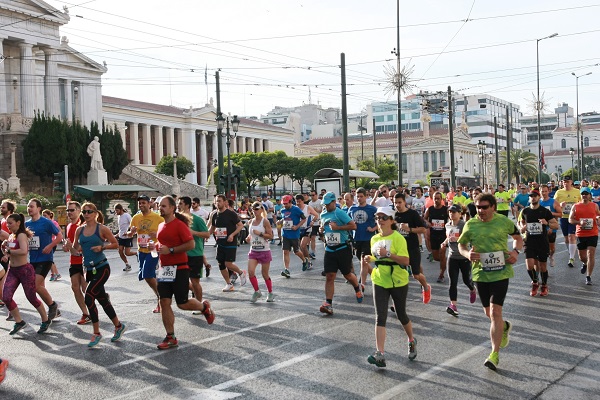 It was hot and sunny and full of adrenaline when some 4,000 athletes showed up for the 4th Athens Half Marathon which took place in the Greek capital on May 3.

Michalis Parmakis, the winner of the 4th Athens Half Marathon.

Winners of this year’s event were Michalis Parmakis clocking in a time of 01:11:58 despite being ill and with a fever, to be followed by runner Georgios Menis with 01:12:36 and Giorgos Karavidas, third, at 01:12:58.

The Athens Half Marathon was organised by the Municipality of Athens in collaboration with Hellenic Amateur Athletic Association (SEGAS) and sponsored by BMW.

Organisers are examining the possibility of holding the event earlier next year, possibly in March, to avoid the high temperatures.

This year’s event also included the first Athens Half Marathon Expo, held at the Zappeion Megaron, which featured exhibitors from April 30 to May 3.