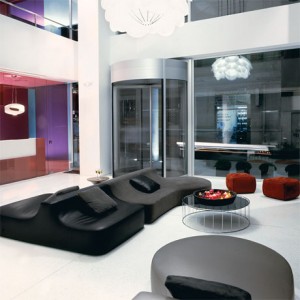 Greek hoteliers remain optimistic for 2015 in regards to occupancy and room rates, regardless the economic uncertainty, according to the latest tourism barometer report by GBR Consulting for 2015 Q2.

The report, which reveals the expectations of the Greek hospitality sector, said that only for the market in general are hoteliers in Greece more cautious on the development of the average room rate (ARR) in the coming quarter.

The report also found that city hoteliers are much more optimistic than owners of resort hotels in Greece.

After a very good Q1 with increases in international tourist arrivals at the airports of Athens and Thessaloniki of 30 percent and 22 percent respectively and, as a result, improvements in performance in Q1, city are hoteliers are expecting to continue the positive trend in Q2 as well as for 2015 overall.

The resort hotels are much more cautious in their forecast with occupancy and ARR at a similar level as last year. GBR notes that “many resort hotels have just opened” and that, according to the latest reports, bookings from Germany dropped in February and March compared to last year, while bookings from the UK were disappointing and for some other key markets developments are uncertain.

The barometer survey reveals that the 4- and 5-star hoteliers are generally optimistic, while the 3-star segment is the least optimistic expecting stabilizing occupancy and ARR levels compared to the same period last year.