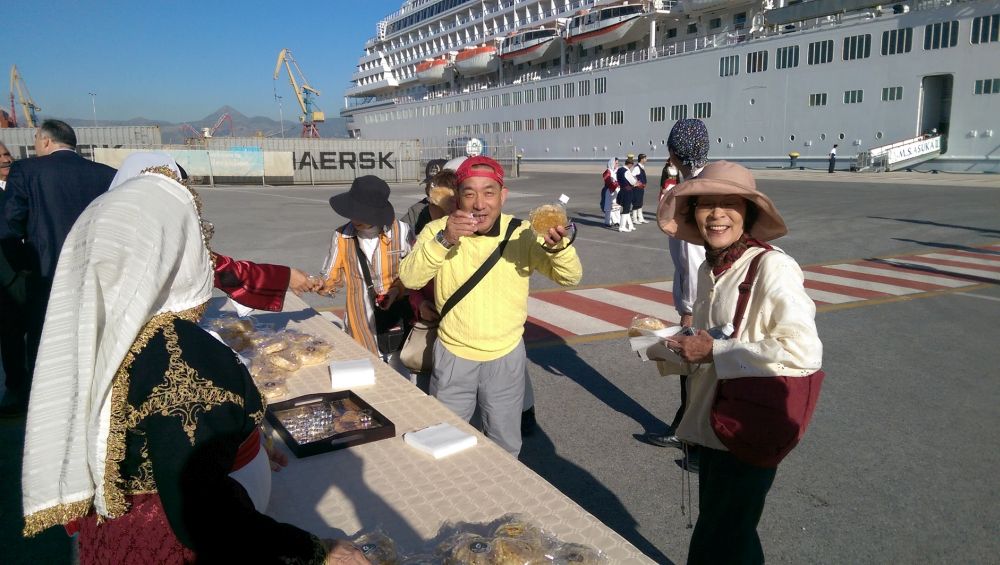 Some 1,000 passengers on the Japanese “Asuka II” cruise ship received a warm and traditional Cretan welcome upon their arrival at the Heraklion Port on Thursday.

Heraklion was one of 30 stops of the 104-day world voyage of the Asuka II that kicked off on April 4 from Yokohama, Japan.

The Region of Crete and the Heraklion Port Authority hosted an event at the port during which members of a folk group, dancing local Cretan dances and wearing traditional costumes, offered disembarking Japanese tourists Cretan traditional xerotigana desert and tsikoudia beverage.

A special welcoming ceremony was also held onboard for the ship’s captain by the president of the Heraklion Port Authority, Ioannis Bras, and the Crete Region’s vice governor for Heraklion, Evripides Koukiadakis, during which gifts and emblems were exchanged.

The Asian market is one of the most emerging markets in the cruise industry for the years to come and the port authority’s president, Mr. Bras, is making targeted efforts to attract it, an announcement by the Heraklion Port Authority read.

“The Asian market is a massive, high income market, from which the local and national economy can receive huge benefits,” the announcement said. 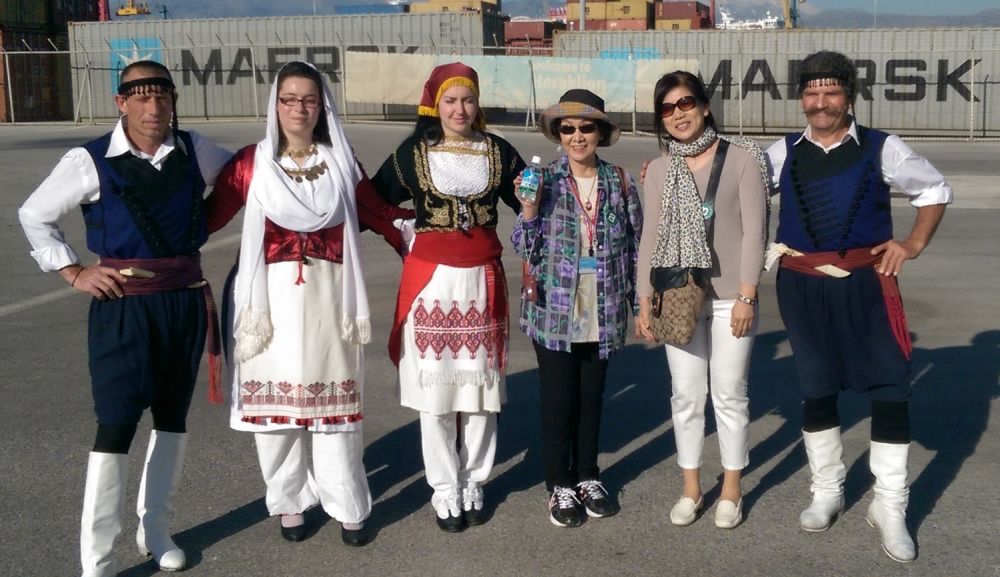 Asuka II is the second ship carrying Asian passengers that visited Heraklion Port this year, following the visit of Costa Atlantica in late March, on her first-ever Around-the-World Cruise from Shanghai, China