The Luxembourg-based fund, which supports dynamic enterprises with long-term growth capital, will offer HotelBrain 3 million euros in financial backing for the development of its sustainable growth plan.

“HotelBrain’s agreement with an institutional investor of international validity, confirms our belief that tourism is one of the most developed fields of Greek entrepreneurship and can provide knowhow which can be exported,” Panos Paleologos, HotelBrain president and founder, told reporters on Tuesday.

This is SouthBridge Europe’s first investment in Greece, backed by the European Investment Fund. 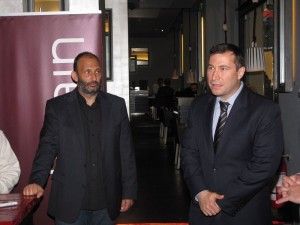 “The deal is a testament of the international investment community’s confidence in the company’s potential, and we hope in the process to move to other investments in Greece via HotelBrain,” Mr Mavridis added.

Founded in 2009 and initially based on the island of Santorini, HotelBrain currently manages over 110 hotels in more than 35 destinations in Greece, Lebanon, Cyprus and Turkey.

The firm, which was named “Leading Hotel Management Company” at the World Travel Awards last year, is close to reaching an agreement for the management of two hotels in Serbia, while aiming to strengthen its presence in Lebanon with the command of a second hotel there.

In 2013, HotelBrain was added to the global network of Endeavor Greece, an international non-profit organization, which selects and supports the most promising companies around the world.