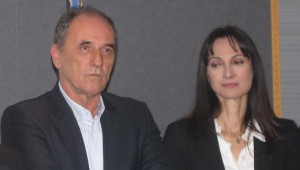 During the meeting, SETE confirmed that investors are taking a keen interest in the Greek tourism sector, but that the same interest will be lost if there is further delay in the launch of the new National Strategic Reference Framework (NSRF) program, the provision of liquidity to healthy businesses by banks and the enactment of the investment law. SETE made particular reference to the fact that nearly 3.3 billion euros must be invested in Greek tourism every year in order to achieve the goals of its 2021 Tourism Roadmap.

On this year’s tourism season, the confederation stressed that the growth in bookings to Greece had eased from the rapid pace of the previous months due to the economic instability. According to SETE, the negative climate will continue as long as the Greek Government does not reach an agreement with the country’s creditors.

While discussing Greece’s need for investments in infrastructure, SETE highlighted the “absolute need” for the agreement involving the management of 14 regional airports to receive the green light.

Moreover, the confederation informed Minister Stathakis that it will assign a specialized company to carry out electronic checks to tourism accommodation units in a quest to discover those that are illegally rented out for the short-term through the Internet. The data collected will be delivered to the country’s tourism and tax authorities for penalties to be imposed.

SETE also said that imposing new taxes and a VAT hike will not bring significant results to the state’s coffers.

The confederation suggested for the government to fight tax evasion through various measures that will include all salaries being paid exclusively through bank accounts and for credit cards to always be used for purchases over 100 euros.