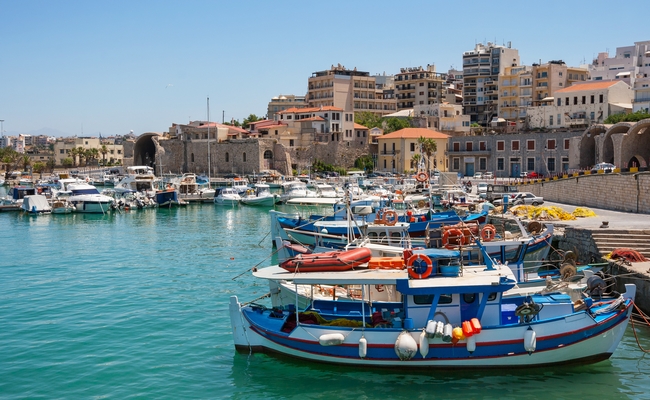 Crete will once again take the international spotlight when the docudrama Creta Divina hits the screens in September. 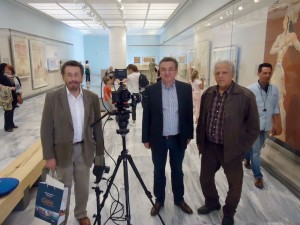 Local authorities, among them, Region of Crete Governor Stavros Arnaoutakis had the opportunity to chat with director-screenwriter Fotis Konstantinidis and British actor Robert Powell during the filming at the Archaeological Museum of Heraklion of Creta Divina (Divine Crete), a documentary exploring the history, culture, archeology and natural wealth of the Greek island.

“It is very important for us that a documentary devoted exclusively to Crete will promote internationally the island’s history, culture, archeology, tourism, and natural beauty,” Mr Arnaoutakis said, while offering souvenirs from the island to Powell, who rose to fame through his role as Jesus in Franco Zeffirelli’s 1977 film Jesus of Nazareth.

The docudrama, written by Konstantinidis, will be filmed in leading Crete locations, including Knossos, Festos, Kommo, Zominthos, Palaikastro, Zakros and Kastelli. 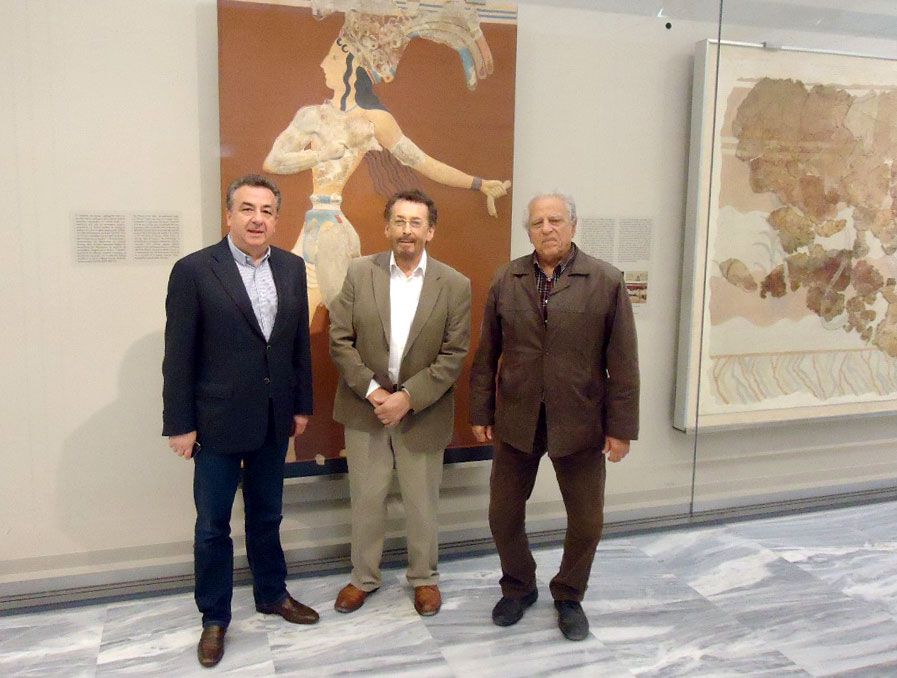 The director thanked the Region of Crete for its support as well as private funders, and said he selected Powell for the leading role due to his “spirituality” and knowledge of Ancient Greek.

“I am excited about my stay in Heraklion, on Crete, which I have visited again… I am happy to experience through the film the history, culture and mythology of Crete, an island renowned for its people and hospitality,” the actor said.

Elia Beach, Mykonos, Among Top ‘Gay Beaches’ in the World