SkyGreece Connects the Greek Diaspora of North America to Homeland 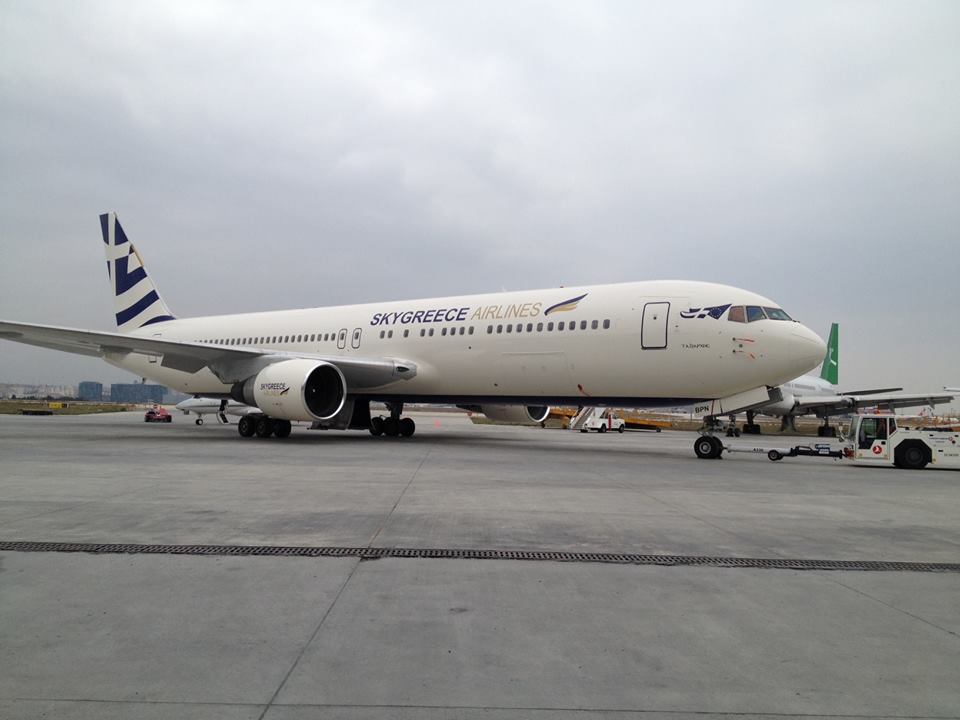 The Greek diaspora of New York will finally get its wish for a direct connection to Athens as SkyGreece Airlines officially announced that its first direct Athens – New York route will launch on June 19. 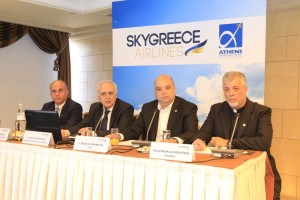 SkyGreece is a new Greek airline that will offer non-stop flights between Greece and North America to ease the connection for the Greek diaspora with their homeland. The airline aims to fill the gap left by state-owned Olympic Airlines since 2009, when Greeks living in the United States  were left without a direct year-round service to Athens.

“SkyGreece is not just a company… It is an ambassador of Greek hospitality, Greek tradition, Greek culture and the Greek flag”, the company’s founder and chairman, Father Nicholas Alexandris, said during a press conference on Wednesday in Athens.

Flights to the US and Canada 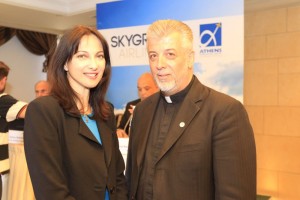 Greek Alternate Tourism Minister Elena Kountoura and Father Nicholas Alexandris, founder and chairman of SkyGreece. “The government supports this great endeavor of SkyGreece Airlines”, Ms Kountoura said. In regards to the company’s logo, which is the Greek flag on the tail, she stated “this is the best promotion of our country”.

“Some 60 percent of the Greek diaspora of Toronto come from Macedonia”, Mr. Alexandris informed while underlining the importance of the flight connecting Thessaloniki to the Canadian city.

It was mentioned that ticket prices will start from around 600 euros for a round trip are already available on SkyGreece’s web site. The rate includes two pieces of luggage per person and taxes.

Flights will be initially carried out on a Boeing 767-300 ER named Taxiarhis (274 seats) and an Airbus A340-300 named Agios Dimitrios (300 seats). In the near future, SkyGreece will add six more aircraft to its fleet within the framework of a strategic alliance launched with Bulgarian airline company BH Air. The extra aircraft will make the new company an important player in Eastern Europe and in the Balkans and also operate as back-up for its North American operations.

According to the airline’s CCO, Vassilis Alefantis, the long-term objectives of the company include connecting Greece with Chicago, Boston and South Africa. The possibility of flying to the Greek destinations of Crete and Kalamata will also be explored.

The initial capital invested in SkyGreece amounts to $45 million. The company’s founder expects to break-even in two years.

The company currently employs 150 people, of which 100 are based in Greece. Part of the staff, especially pilots, technical staff and cabin crew, is from former Olympic Airways. SkyGreece is currently in the process of hiring 60 more employees to fill in cabin crew positions. 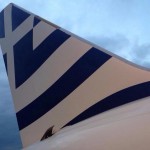 SkyGreece Airlines was founded in Athens in October 2012 by a team of Greek-Canadian entrepreneurs who have extensive backgrounds in aviation and tourism. SkyGreece is based in Markopoulo and has offices set up in Montreal, Toronto and New York.

Through the subsidiaries of Air Hellas Holding, SkyGreece has an extensive background in tourism. For 17 years the companies were the leading tour operators for OA sales. Today they work with leading companies including TUI, Royal Caribbean and Carnival.