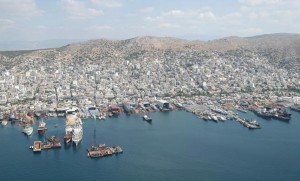 Procedures for the sale of a 51 percent stake in the Piraeus Port Authority (OLP) are scheduled to move ahead in May, the country’s privatization fund, TAIPED (Hellenic Republic Asset and Development Fund) said in a letter to bidders without however disclosing the details of the deal.

The sale has been on the back burner since January, when the then newly-elected government had decided to reconsider all privatisation projects in order “to improve conditions and maximize the long-term benefits to the public, increase revenue, enhance competition in local economies, restore the national economy and enhance long-term growth prospects”.

The Chinese government has repeatedly pressured Greece to take immediate action on the issue with its shipping giant, Cosco, being the main bidder for the port. The company has managed the port’s two central container terminals since 2008, when it inked a 35-year deal with the Greek government. The port has since seen an eightfold increase in commercial traffic with companies like ZTE and Hewlett-Packard using the cargo terminals as logistics hubs for their merchandise.

According to Chinese sources cited by Kathimerini, Prime Minister Alexis Tsipras has now assured his Chinese counterpart that Athens wishes to accelerate the Piraeus project, and that he has expressed hope that the sea and land connection between China and Europe will be completed as soon as possible.

The Chinese shipping conglomerate, which is one of five preferred bidders – among them Maersk, ICTS, Ports America, ICTS and Utilico – for a 67.7 percent share in OLP, is aiming to get complete control of the port, including its passenger ferry operations serving millions of travellers annually.

According to media reports, a total of approximately 500 million euros are expected to go to state coffers if the deal goes through.