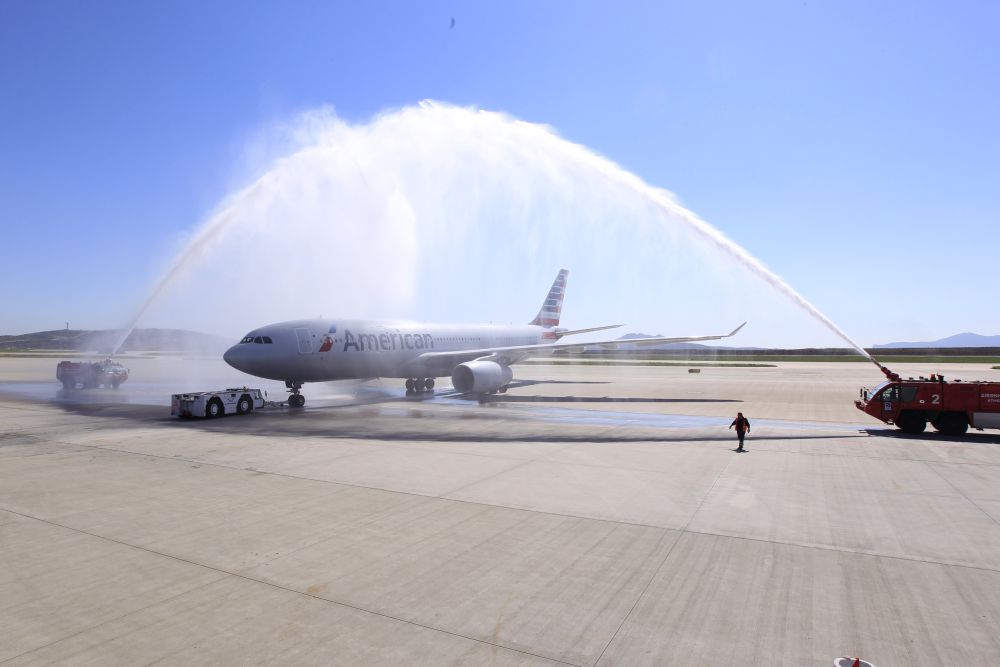 A ceremony welcoming American Airlines’ first flight on the route Philadelphia-Athens was held at Athens International Airport (AIA) on Friday. The ceremony was attended by airline and airport representatives, tourism professionals and journalists.

According to AIA, the flights of American Airlines will operate throughout the whole tourism season and not exclusively during the “traditional” summer months as in previous years.

The Athens-Philadelphia route will operate daily by an Airbus A330-200, and depart from Athens at 11:20am. The return flight will arrive in Athens the following day at 9:05am. All times are local.

“The daily flights offered by American Airlines will increase travel options for passengers by offering connections to the company’s entire network”, AIA said in an announcement.

When American Airlines and US Airways complete their merger in October 2015, the largest airline in the world will be formed.