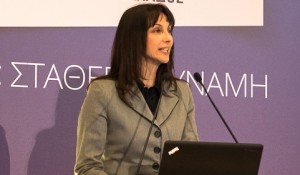 Alternate Tourism Minister Elena Kountoura will depart for Riyadh on Saturday, April 18, in an aim to tap into the vast potential of the Saudi Arabian market to support growth in Greek tourism.

Ms. Kountoura is scheduled to have a series of meetings with government representatives, aiming to attract new investments and high income visitors from Saudi Arabia to Greece.

During her stay in Riyadh, she will attend the 1st Greek Tourism Workshop on Sunday, April 19. The workshop will include presentations of Greek destinations, meetings with Saudi governmental authorities as well as B2B meetings between Greek sector professionals and Arab travel agents.

According to SETE Intelligence figures, a 33 percent increase has been recorded in the number of arrivals from the UAE to Greece last year.