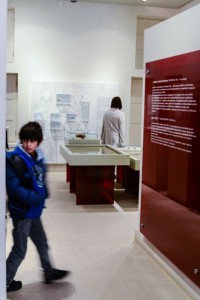 Visitors to Greek archaeological sites last year increased by 21.9 percent to 9.95 million compared with 2013, according to data released on Thursday by the Hellenic Statistical Authority (ELSTAT). Revenue from receipts rose by 13.5 percent and reached 42.86 million euros.

Likewise, during the January-December 2014 period, museums in Greece saw a 22.5 percent increase (4.1 million) in visitor numbers and a 27.9 percent increase in revenue from entrance tickets (11.79 million euros).

Visitors to archaeological sites last December were up by 33.8 percent and receipts rose by 35 percent, compared with the same month in 2013.