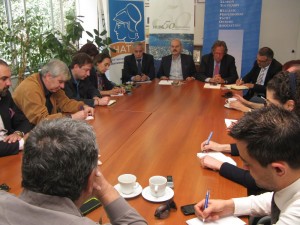 The harbor of Poros in Greece is getting ready to welcome international charter professionals, private yacht brokers, travel agents and tour operators to give a broad display of up to 70 Greek luxury crewed yachts for charter.

The East Med Yacht Show 2015, Greece’s ultimate event of the yachting industry, will be held on the Argosaronic island of Poros between April 29 and May 3. The show is organized by the Hellenic Professional Yacht Owners Association (EPEST), the Hellenic Yacht Brokers Association (HYBA), the Municipality of Poros and the Hellenic Association of Travel & Tourist Agencies (HATTA).

“The yacht show has been enriched this year with sailboats, catamarans and boats of 24 meter length that are Greek, as this is the most important and focused exhibition of its kind and in the Eastern Mediterranean”, EPEST’s president, Antonis Stelliatos, told a press conference on Thursday. 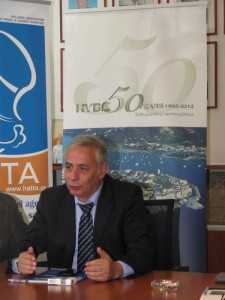 In its 14th year, the yacht show is an international exhibition where the finest crewed charter yachts will be presented to the most prestigious charter agencies and brokers worldwide.

Some 80 travel agencies from the United States, Europe, Middle East, Turkey and North African countries such as Morocco and Tunisia, are expected to attend the event.

“What one will find in Greece, with its long coastline and many islands, will have a hard time finding it elsewhere”, HYBA’s president, George Kollintzas, told journalists.

“Marine tourism in Greece is safe and can offer quality vacation time to travelers and let us not forget that the Greeks are pioneers in this genre”, he added. 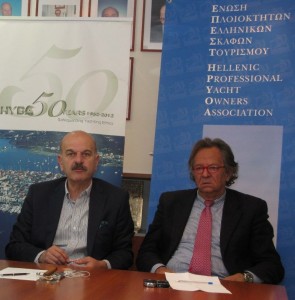 Once again, the Hellenic Association of Travel & Tourist Agencies (HATTA) will co-organize the event to promote Greek marine tourism and yachting in general.

“Welcoming the industry of travel agencies as co-organizer of the show may have caused contrasts, but the market must open and no longer operate as a monopoly”, Mr. Stelliatos said. “Travel agencies know what tourism is and can showcase Greece as a tourism destination.”

On his part, HATTA’s president Lysandros Tsilidis said that a new product, which will combine both marine and land tourism, will be presented at this year’s yacht show and marketed by travel agencies in 2016.

“This kind of vacation will not be expensive”, Mr. Tsilidis underlined.

Yacht charter bookings for this season have increased by 10 percent in most categories of vessels, including sailboats, catamarans and luxury cruise ships that fit up to 12 passengers.

The East Med Yacht Show 2015 will be held under the auspices of the Greek National Tourism Organization (GNTO).

GTP is a communication sponsor of the East Med Yacht Show 2015.