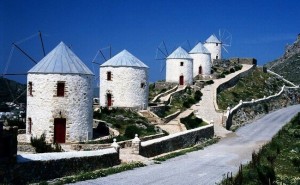 Tourism sector professionals in Greece are expressing their concern that the increasing number of illegal migrant incidents will negatively affect the smooth operation of the upcoming tourist season.

While the industry is reporting increased numbers of tourists to the country at the same time incidents of illegal migrants making their way to Greek shores via illegal means are also on the rise with the most recent being last week, when some 200 migrants were rescued off the islet of Gavdos, southern Crete.

According to the Greek coast guard, the number of illegal migrants seeking a new life in Greece has tripled in the first three months of 2015, with some 10,445 migrants arriving, compared with 2,863 in the same period last year.

Last month, some 6,493 migrants made their way to Greece, mostly to Lesvos, Chios, Leros and Samos, all islands near Turkey, from where people smugglers do business. In the meantime, many are then sent to Piraeus and from there they flock to Athens.

Athens Mayor Giorgos Kaminis has repeatedly called on the government to take action, saying the problem has taken alarming proportions in the Greek capital, where many illegal migrants seek refuge as they have no where else to go.

In the meantime, tourism sector professionals are saying the government is unable to deal with the problem. Former president of the Kos association of travel agencies and representative for travel group TUI, Stamatis Voukouvalidis, is noted by Greek daily Kathimerini as saying that the government is sending out the wrong message to traffickers and migrants: that seeking refuge in Greece is OK.

TUI expects some 300,000 foreign visitors to the island this summer, and at the same time, cites that since the beginning of the year, the number of illegal migrants to Kos, Kalymnos and Leros has already exceeded 3,900.