Chinese ‘Troublemaking’ Tourists to Be Blacklisted 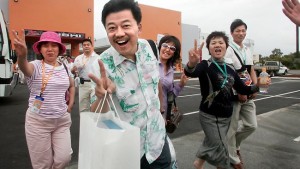 Chinese tourists that behave rudely when travelling abroad will be blacklisted by the Chinese authorities, according to state media reports.

According to reports, Chinese tourists in Thailand were caught drying underwear in an airport and defecating in public. Reports also mentioned “air rage” issues such as Chinese passengers opening emergency exit doors or throwing hot noodles at a flight attendant on a flight in Thailand.

The China National Tourism Administration (NTA) has now created a database that will include the names of tourists who behave badly while on vacation overseas. The names on the database will be forwarded to the police, customs officials and even banks, the official Xinhua news agency reported. 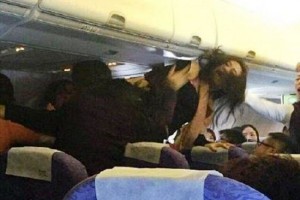 A fight caused by a crying baby on board a Hong Kong flight. Photo source: thenanfang.com

Violators will remain registered on the blacklist for a period of two years.

In 2013, a Chinese teen caused uproar on social media channels when it went public that he had carved his name on a 3,500-year-old Egyptian statue. That year, the Chinese government sent out an official plea to it citizens, calling on them to respect other cultures when travelling abroad. The NTA had issued a conduct guide for Chinese tourists, asking them in particular to avoid picking their nose in public, urinating in pools or stealing lifejackets from airplanes.

Chinese tourists spent some 96 billion euros on their travels abroad in 2012 and ranked first in the list of the world’s biggest spenders ahead of the Germans and the Americans, according to the UN World Tourism Organization.

Liam Neeson: Give the Parthenon Marbles Back to Greece