Turkish Visitors to Greece Forecast to Hit a Million This Year 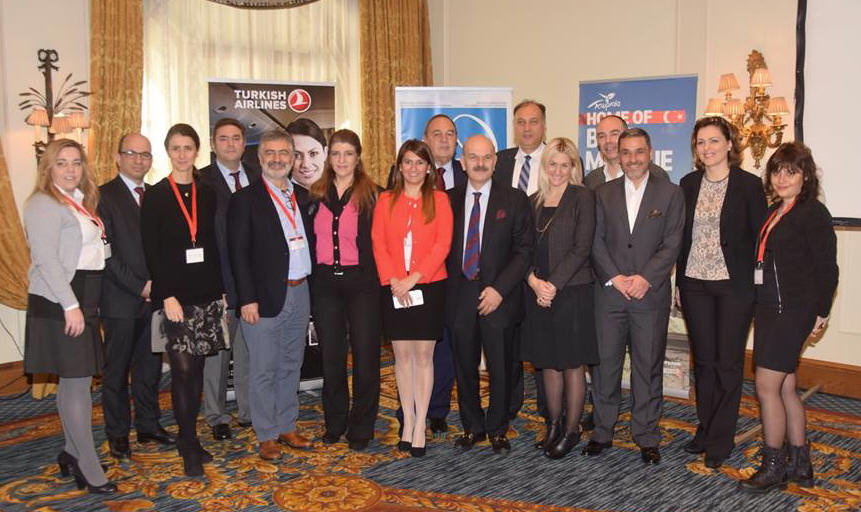 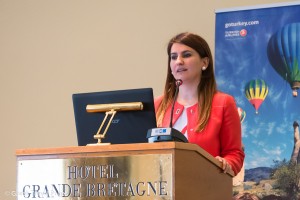 Attaché of the Culture and Tourism Office of the Turkish Embassy in Athens, Asli Aksungur.

Turkish visitors to Greece are expected to reach one million this season, according to the Attaché of the Culture and Tourism Office of the Turkish Embassy in Athens, Asli Aksungur.

Speaking in Athens during a recent workshop on Turkish tourism destinations, which also focused on Turkish and Greek tourism alliance, Ms. Aksungur underlined that arrivals from Turkey to Greece are increasing in recent years.

The workshop was held in Athens in late March by the Hellenic Association of Travel & Tourist Agencies (HATTA) in collaboration with the Turkish Embassy in Athens, the Association of Turkish Travel Agencies (TURSAB) and Turkish Airlines. It aimed for the exchange of ideas and for the exploration of the tourism potential between the two countries.

During her speech, Ms. Aksungur said that Greek visitors to Turkey increased by 18 percent last year and amounted to some 831,000, ranking Greece in the 10 place among countries visiting Turkey.

“Greece and Turkey are two neighboring countries with common cultural characteristics and very good cooperative relations in the tourism sector”, she said. 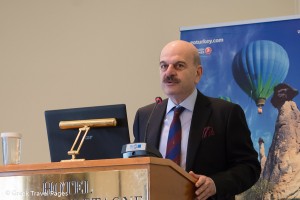 On his part, HATTA’s president, Lysandros Tsilidis, stressed the importance of cooperation between the two countries in the tourism sector.

“HATTA and TURSAB have signed around three MOU’s (memorandum of understandings)… But we haven’t seen them working”, he said.

Mr. Tsilidis underlined the need to launch “something new” between Greek and Turkish travel agencies for the benefit of tourism for both sides. “Perhaps joint venture companies”, he said.

“These days I don’t see Greek destinations on brochures for Turkish colleagues to promote… We want you to sit down with us and tell us what you want in order to create a future business”, he said.

“What we ask from our colleagues at TURSAB is a fair collaboration”, Mr. Tsilidis said.

HATTA’s president added that the current visa situation “definitely” does not help but that improvements have been made. 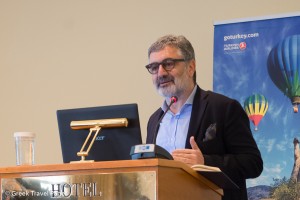 Ertugal Karaoglu, board member of TURSAB

On the visa issue, TURSAB’s board member, Ertugal Karaoglu, spoke of a “hurdle” in the movement of Turkish travellers to Greece.

“The facilities to get a visa are better today and they are much faster compared to the past, but, for many reasons, the visa will stop more tourists from Turkey and visitors from third countries from visiting Greece”, he said.

On strengthening the cooperation between Turkey and Greece, Mr. Karaoglu assured that TURSAB supports the idea of promoting joint Greece-Turkey travel packages to overseas third countries such as Brazil, Southeast Asia and Latin/Northern America.

“We are here to prepare for the future”, he said.