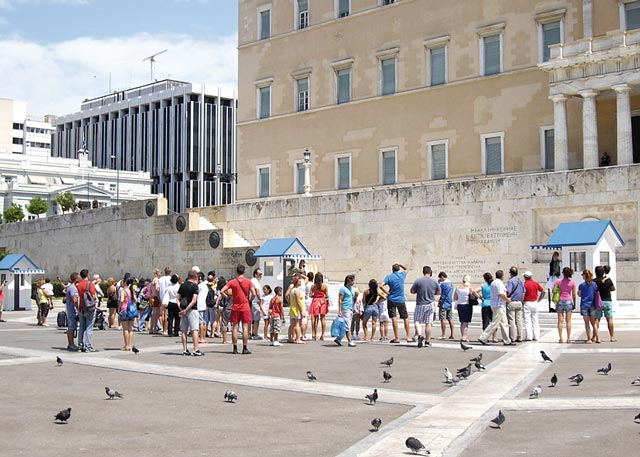 Tourists in front of the Greek Parliament building on Syntagma Square.

For the year 2014, Greece saw a 23 percent increase in non-resident tourist arrivals compared with the number in 2013, according to a border survey conducted by the Bank of Greece and released by the Hellenic Statistical Authority (ELSTAT) on Tuesday. 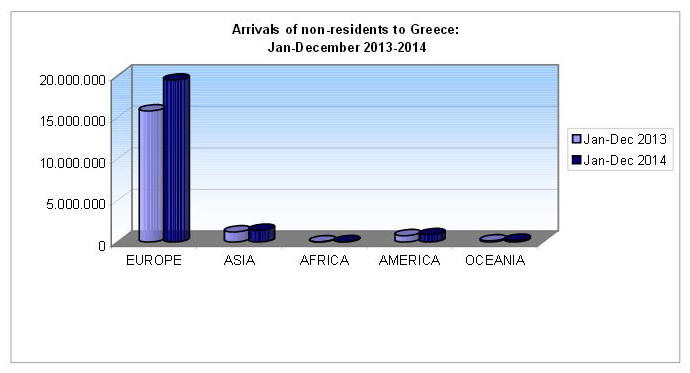 A significant increase in arrivals was recorded from the majority of the European Countries.

Greece saw a “not significant” drop in arrivals from certain European countries, the Hellenic Statistical Authority notes. Greece saw the largest decrease of arrivals from Russia (-7,6 percent) and Sweden (-8,4 percent).

Arrivals from the US on the up

An increase of arrivals to Greece was also recorded from other continents such as the United States (26,9 percent), Asia (16,4 percent) and Turkey (17,5 percent).

In regards to the contribution of arrivals by country of origin, the largest number of arrivals for the European countries were from Germany (11,2 percent), the United Kingdom (9,5 percent) and Bulgaria (7 percent).

The main points of entry, which account for the biggest percentage of traffic by road are Evzoni (9,4 percent) and Promahonas (6,8 percent) and by air include Athens Airport (15,1 percent) and Heraklion Airport (11,5 percent). 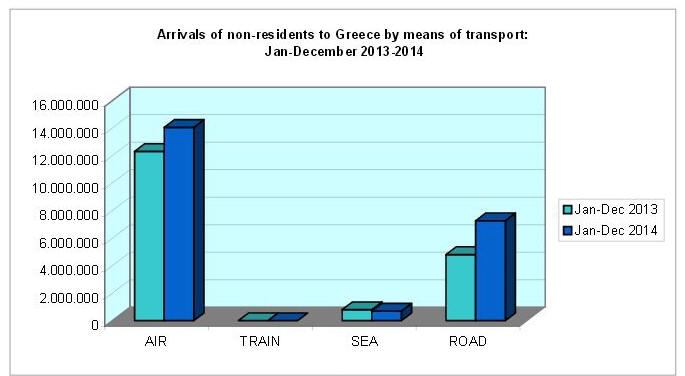