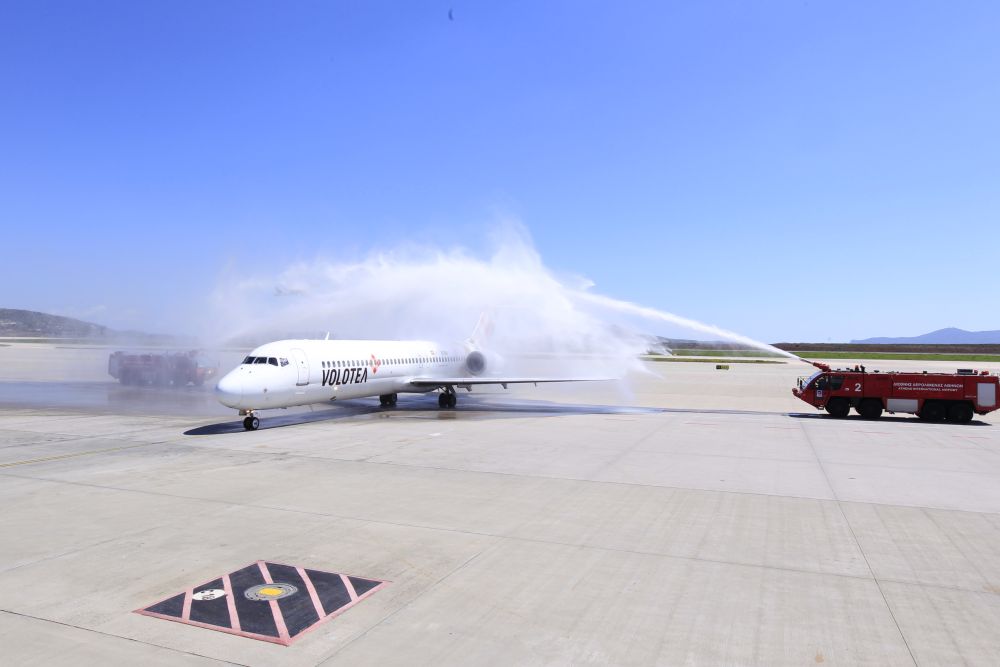 Volotea started today its operations from Athens with the traditional water arch which welcomed its first airplane to Athens International Airport.

The new flight will link the Greek capital to Venice three times a week until October 30. 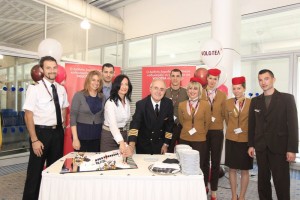 The Volotea and Athens airport teams, during the inaugural ceremony at Athens International Airport.

This is the first year of operations of Volotea in Athens and the fourth in Greece. The company has carried some 200,000 passengers to and from the country via 27 Greek routes since its launch in April 2012.

In total, Volotea will fly to 12 Greek destinations this year and operate 27 Greek routes.

Since its creation, Volotea has transported more than 4 million passengers in Europe and expects to reach 6 million this year.