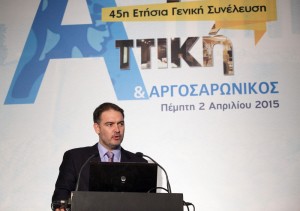 Athens proved to be an attractive city break destination in 2014 as occupancy rose in the city’s hotels by 21 percent compared to 2013, reaching 2008 levels, according to data presented on Thursday during the annual General Assembly of the Athens – Attica & Argosaronic Hotel Association.

On the other hand, average room rates (ARR) remained little changed as a mere 5.6 percent increase was recorded compared to 2013 (17 percent lower than the ARR rates in 2008).

This season, occupancy levels in Athens are expected to follow the same pace as the previous year. According to the association, January – February 2015 data revealed an increase in hotel occupancy of some 14.5 percent over the corresponding period of 2014. During the two-month period, the ARR showed a marginal increase of 2.4 percent and revenue per available room (RevPAR) was up by 17.2 percent.

The association’s president, Alexandros Vassilikos, noted that despite the turnaround, the increased occupancy in 2014 and the positive messages for this year’s season, it would be “a mistake” for anyone to believe that all is well in the Athens hotel sector.

He added that Athens-Attica can recover substantially only under certain conditions that include a clear and stable tax environment, liquidity, the tackling of illegal tourism accommodation, improved infrastructure, new investments to boost the destination’s image and the organization of major events in the Greek capital. 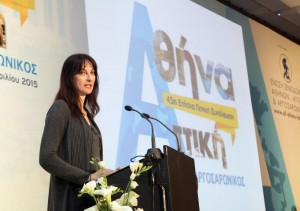 During the general assembly, Alternate Tourism Minister Elena Kountoura underlined that the tourism ministry was taking efforts to make Athens a top tourist destination, while aiming to support tourism enterprises and strengthen the local economy.

“The historical center of Athens is the cultural, social, and economic heart of Greece. We are aware of the problems and are studying them and planning specific and practical solutions”, she said.

Ms. Kountoura added that the ministry has launched a dialogue with all stakeholders in tourism including the Hellenic Chamber of Hotels, the Greek Tourism Confederation (SETE), the Region of Attica and the Municipality of Athens.

On his part, the Mayor of Athens Giorgos Kaminis said he expects the Greek capital’s dynamic tourism growth to continue this year.

“For the last four years the situation in Athens has been constantly improving and I will do everything in my power for the capital to obtain the glamor it deserves”, the mayor said.

Athens Airport Passenger Traffic at 3 Million, Up by 25.7% in Q1