As of April 1, major museums and archaeological sites in Greece will be open longer, according to an announcement by the Culture Ministry. 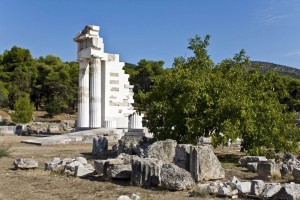 Museums including those of Ancient Olympia, Delphi, Rhodes and Heraklion will be open from 8 am and close at 8 pm.

Archaeological sites including the Acropolis, Sounio, Vergina, Epidaurus and Mycenae will be open from 8 am to 7 pm.

The opening hours will remain extended until the end of the season (31 October).

According to the ministry, only this Sunday, April 5, will the museums and sites close in early afternoon.

To see a full list of the museums and sites with extended hours (in Greek), press here.