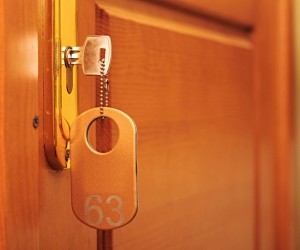 The Greek Tourism Confederation (SETE), has decided to fight back against illegal tourism accommodation in Greece.

Speaking at the annual general assembly of the Confederation of Greek Enterprises for Rented Villas & Apartments (SEEDDE), SETE’s president Andreas Andreadis announced that a specialized company will be assigned to carry out electronic checks to tourism accommodation that is illegally rented out for the short-term.

The data collected will be delivered to the country’s tourism and tax authorities for penalties to be imposed.

Mr. Andreadis said that illegal tourism accommodation is a “huge wound” to the industry as some 40 percent of Greece’s total overnights per year are booked in such establishments.

Data from the Hellenic Chamber of Hotels  reveal that the annual lost revenue resulting from illegal leasing practices adds up to some two billion euros.

According to reports, recent Greek legislation requires for a special sticker to be present in all rooms of tourism accommodation enterprises as proof of legitimate operation. Otherwise, owners will face a fine of 1,000 euros. The penalty can reach 50,000 euros if it is discovered that the accommodation enterprise is not even operating under the state’s special operational seal.