Central scene of the east frieze of the Parthenon. Photo source: British Museum

Greek authorities slammed the British Museum’s refusal to take heed of UNESCO’s offer to mediate on the return of the Parthenon Marbles to Athens, saying that the British side is unwilling to cooperate and adding that Greece will continue its efforts in “every possible way”.

The museum’s director, Sir Richard Lambert, has rejected in a letter, the United Nations’ offer to assist in the return of the Marbles, as the trustees “decided respectfully to decline this request”.

“We would invite our colleagues in Greek museums to continue to work with us and to explore new ways of enabling the whole world to see, study and enjoy the sculptures of the Parthenon.” 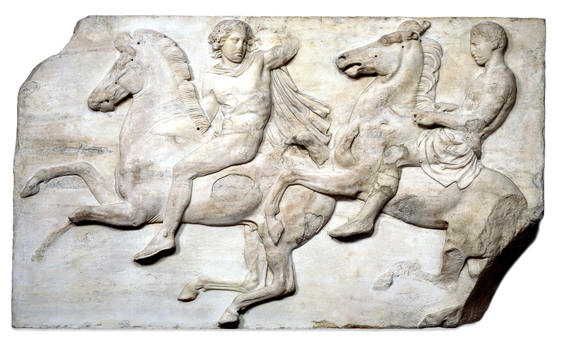 At the same time, The Independent reported that British Culture Minister Ed Vaizey also wrote to UNESCO declining mediation: “While we remain keen to cooperate with UNESCO in its work, the fact remains that the Parthenon sculptures in the British Museum were legally acquired by Lord Elgin under the laws pertaining at the time and the Trustees of the British Museum have had clear legal title to the sculptures since 1816,” he said.

The Greek response was short and immediate: “We were sadly informed, unofficially, of Britain’s refusal to accept UNESCO’s invitation to launch a mediation process over return of the Parthenon sculptures housed in the British Museum,” Deputy Culture Minister Nikos Xydakis said. 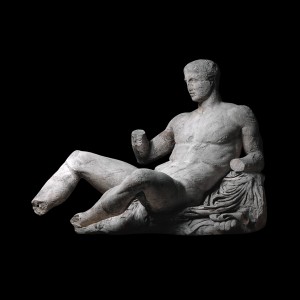 Figure of Dionysos from the east pediment of the Parthenon. Photo source: British Museum

“The negativity of the British is overwhelming, along with their lack of respect for the role of the mediators,” he added.

The Greek minister stressed that the British have repeatedly tried to downgrade an international issue into an “problem between museums” and invited the museum authorities to reconsider their stance.

Meanwhile, chairman of the British Committee for the Reunification of the Parthenon Marbles Eddie O’Hara told The Independent that the UK’s decision was “deeply disappointing” and added that: “they play the game of offering a loan because they know the Greeks would never accept a loan”.

News that the British Museum was once again planning to loan parts of the Parthenon Marbles to museums across the globe as early as July 2015 sparked an angry reaction in Athens earlier this year. The ancient sculptures initially left London in December last year, when a headless statue of the river god Ilissos was lent to the State Hermitage Museum in St Petersburg.

Piraeus Port Sell-off to Move Ahead as Scheduled