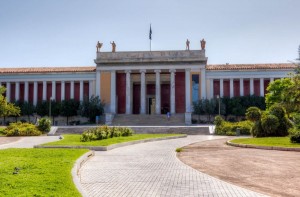 The Hellenic Association of Travel & Tourist Agencies (HATTA) has reacted to the decision of Greek guards at museums and sites to hold a 4-hour protest work stoppage on Monday, March 30.

The Panhellenic Union of Employees for the Guarding of Antiquities (PEYFA) announced on Thursday that all museums and archaeological sites in Greece (except the Acropolis site in Athens) will be closed to the public on Monday, from 8am to 12 noon,due to a work stoppage.

The union is demanding for the hiring of extra personnel to cover the needs of an increased summer timetable at selected museums and archaeological sites across the country that will begin on April 1.

According to the union, the museums and sites are in need of extra staff to ensure their “smooth and safe operation”. The guards also oppose the merging of the Greek culture and education ministries.

The union’s announcement sparked a reaction from the association of Greek travel agents (HATTA) who sent letters to both the union and the Culture Ministry stressing that “problems are not solved with actions that in practice adversely affect our country’s tourism”.

HATTA has also requested the timely implementation of the summer timetable for museums and sites in the country so Greek and international tourism professionals have time to plan package tours and visits to museums and archaeological sites accordingly.

“It should be made clear that package tours are organized several months in advance and travel agencies are bound by contracts with their customers”, HATTA reminded.

The association underlined that legal responsibilities arise for non-compliance with the conditions of package tours.

“Tourists must be compensated but the worst is that the image of our country abroad is tarnished”, HATTA said.