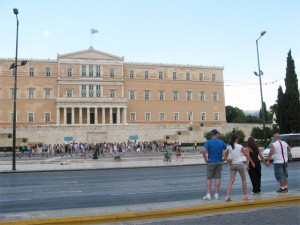 Despite the recent political changes in the country, incoming tourism to Greece seems to have taken off with an increased number of arrivals from abroad.

The travel surplus increased by 50 percent due to a significant rise in non-residents’ arrivals in January, even though the corresponding receipts rose by just 9 percent.

According to provisional data from the Bank of Greece, incoming traffic in January came to 606,000 passengers, up 49.9 percent year-on-year, leading to a 9.1 percent rise in travel receipts at 14 million euros, with the average spending per trip dropping by 27 percent.

In the meantime, the number of arrivals from Russia dropped by 69.3 percent, down to 3,000 travelers, in contrast to the number of travelers from the US, which rose by 55.7 percent to 15,000.

Visitors Give Thessaloniki Thumbs Up for Infrastructure, Services