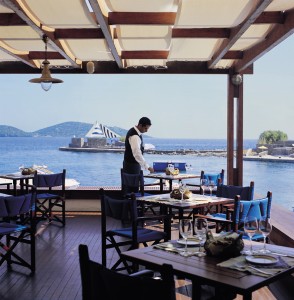 Greece was ranked 16th for the friendliness and competence of its hotel staff in an analysis of six million customer reviews released recently by international online booking agent Hotel.info.

Guests evaluated their hotel stay upon departure on the basis of a 0-10 point system on room quality, value for money, congeniality and effectiveness of the staff.

Named “land of smiles” by the report, Finland topped the list for the friendliest hotel employees with an average rating of 8.62 out of 10. Germany, Austria, Hungary and Slovakia made the Top 5.

Greece ranked 16th with a score of 8.30 out of a possible 10 for the willingness and politeness of its staff, after Italy (15th) and followed by Spain and France at 17th and 18th, respectively. Turkey ranked 20th.

Budapest, meanwhile, took the lead as the best capital city for service, with a score of 8.58.

In the meantime, UK hotels achieved an average score of 7.92 for service, lower than any other European country except Russia. London was also the worst performing European capital, with a rating of 7.73.

According to the report, customers seem to be overall more satisfied with services offered in the hospitality sector due to the high level of transparency in the tourism market, which is facilitated by booking portals which offer travellers the chance to share and assess reviews.

With over six million private and corporate customers, Hotel.info is an online hotel reservation service available in 38 languages and offering accommodation choices in over 250,000 hotels.

WTTC: Travel & Tourism in 2015 Will Grow Faster than Global Economy