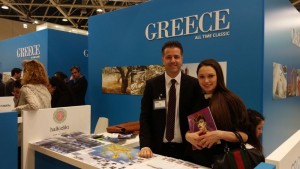 Halkidiki authorities expressed their concern over the significant drop in the number of pre-bookings by Russian tourists this year, following the region’s participation in the 22nd Moscow International Exhibition Travel & Tourism (MITT) held in Russia, earlier this month.

Reasons cited for the decrease include the depreciation of the ruble relative to the euro, the lack of trust on behalf of travel agencies due to the bankruptcies in 2014, the instability in EU-Russia relations with guidance to Russia’s senior executives to boost domestic tourism, competitor countries like Turkey offering free visas at the airport, Egypt allowing transactions in ruble or Spain offering multipurpose visas, and the competitive low-cost package deals on offer. 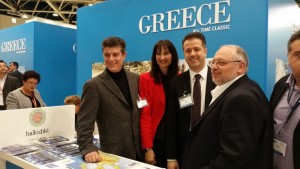 On the positive side, Halkidiki authorities found the number of individual travelers interested in visiting the region increasing. Together with Crete and Rhodes, Halkidiki is among the leading choice destinations. In the meantime, Thessaloniki-based tour operators (Mouzenidis Group, Ambotis and Beleon) and Halkidiki tourism professionals (IKOS Resorts, Sani Resort, Acrotel Hotels & Resorts, Porto Carras Grand Resort) had a strong presence at MITT.

On the sidelines of the MITT, Halkidiki Hotel Association President Grigoris Tassios, who also represented the Thessaloniki Tourism Organization, and Aristotelis Mayor Yiannis Michos met with Alternate Tourism Minister Elena Kountoura to discuss a joint promotional initiative with the Greek National Tourism Organization for the Year of Aristotle in 2016, marking 2,400 years since the death of the Greek philosopher.