Germanwings A320 Goes Down in French Alps 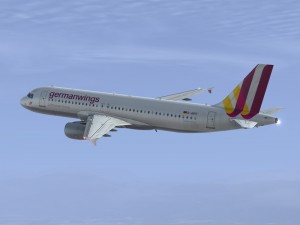 An Airbus A320 airliner operated by German low-cost airline Germanwings has crashed in the French Alps between Barcelonnette and Digne, according to French aviation officials and police. Germanwings is owned by Lufthansa.

The French civil aviation authority announced that the plane was en route from Barcelona to Dusseldorf and carrying 142 passengers and six crew.

According to the French Interior Ministry, the airliner fell near the town of Barcelonnette some 100 km (65 miles) north of the French Riviera city of Nice.

The crashed A320 was said to be 24 years old and has been with the parent Lufthansa group since 1991.

“As soon as definite information is available, we shall inform the media immediately”, Germanwings said on Twitter.

Also, the following Lufthansa statement was tweeted: “We do not yet know what has happened to flight 4U 9525. My deepest sympathy goes to the families and friends of our passengers and crew on 4U 9525. If our fears are confirmed, this is a dark day for Lufthansa. We hope to find survivors” – Carsten Spohr

French President Francois Hollande said that he believed none of those on board had survived.

Initial reports said the Airbus A320 sent a distress signal at 9.47am GMT before vanishing off radar. However, French authorities later said this was not the case.