MITT 2015: Russian Travellers are Loyal to Greece, No Visa Problem from Greek Side 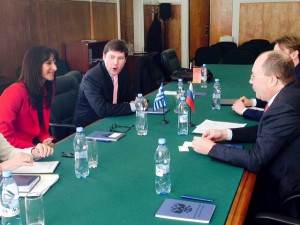 Although fewer tourists from Russia are expected to travel this year due to the slight economic downturn in the country, Greece will aim to claim the largest possible share of the Russian tourism market, according to Greek Alternate Tourism Minister Elena Kountoura.

Following meetings with leading tourism figures and professionals in Russia, Ms. Kountoura said in an announcement that the loyal tourism behavior of Russian travellers to Greece was very positive.

“The Russians love Greece very much and are repeat visitors,” she stated to the Athens News Agency (ANA).

When asked about the general problems connected with Russian visas, which tour operators believe have increased recently due to the Ukrainian crisis and “punitive” EU stance, Minister Kountoura said that — according to the Consulate General of Greece in Moscow — there is “no problem” from the Greek side. 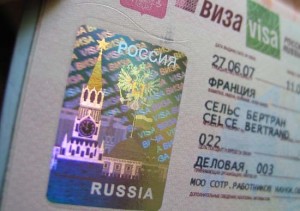 “Our Consulate really helps, has simplified the process and issues many visas… but we have to abide by the law,” she told ANA.

She said that Greece wants to simplify the visa issuing process as much as possible since “it makes no sense to make it difficult for a tourist who is entitled to a multiple-entry visa valid for one or three years”.

According to the Association of Tour Operators in Russia (ATOR), this summer Greece intends to issue multiple-entry visas to Russian travellers in accordance to the visa regime.

During her meeting with Rostourism’s Oleg Safonov, the Greek-Russian friendship was confirmed and the further strengthening of tourism relations between the two countries was discussed. Mr. Safonov also applauded the excellent cooperation of the Greek National Tourism Organization’s branch in Moscow.

According to data by Rostourism, Greece ranked third in the leading destinations selected by Russian tourists for their trips abroad in 2014, recording a 17 percent drop compared to 2013.