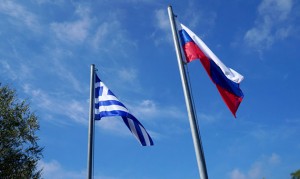 In view of the events to be held during the cross-year, both sides agreed to convene a bilateral forum for tourism attended by representatives from both governments, regions and tourism sectors in order to further strengthen bilateral cooperation between Greece and Russia.

Also, taking under consideration that Russia and Greece share a common Orthodox faith, Ms. Kountoura mentioned that next year is the 1,000-year anniversary of Orthodoxy and Russian monasticism on Mount Athos. The Greek side expects the anniversary to boost pilgrimage and religious tourism in the country, as it is a form of tourism that interests Russian travelers.

Earlier she inaugurated the Greece stand at the MITT 2015 exhibition and gave an exclusive interview to nationwide television station Russia 24. During the interview, Ms. Kountoura promoted Greece as a holiday destination to Russian listeners and referred to the Greek government’s priorities for Greek tourism.

Piraeus Announced as Homeport for Carnival Vista in 2016