Greek Tourism Employees Brush Up On Their Russian 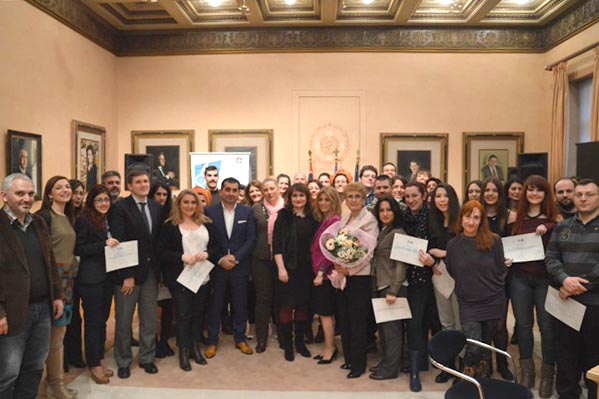 Seventy employees of tourism enterprises in Athens have received certificates for successfully completing a series of Russian language seminars launched by the Athens Development & Destination Management Agency (EATA) in cooperation with Mouzenidis Group. 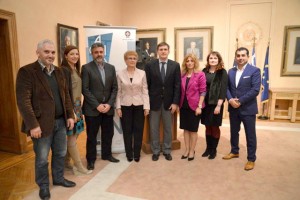 Representatives of City of Athens Vocational Training Center, EATA, the Embassy of the Russian Federation in Greece and Mouzenidis Group.

The seminars were launched to generate Russian-speaking employees to service Athens’ tourism sector. All seminars were A1 level with an emphasis on the specialty terminology used in the tourism/guest services field.

Mouzenidis Group, one of the largest Greek travel organizations working with the Russian market, covered the cost of teachers and teaching material.

The certificate completion ceremony was held recently at Athens City Hall in the presence of Alexander Kotkin, Attache, Embassy of the Russian Federation to the Hellenic Republic; Vlantis Paraskevopoulos of Mouzenidis Group and representatives of EATA and the Municipality of Athens.

Mr. Kotkin applauded the initiative of the municipality and Mouzenidis Group and underlined the importance of tourism for both Greece and Russia as well as the necessity of specialist knowledge in the hospitality sector.

Following the completion of the seminars, participants can now participate in proficiency certification exams.