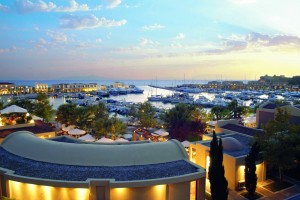 Russian holidaymakers seem to have a soft spot for Greece, and more specifically, for the Cycladic island of Santorini and the luxury Sani Resort, according the Russian edition of monthly travel magazine Conde Nast Traveler.

Russians elected Greece — after Thailand and Italy — as the third most hospitable country during the annual Conde Nast Traveler Russia awards held in Moscow, this week.

Santorini was voted “the most beautiful island” for its picturesque architecture, romantic sunsets and pristine beaches, followed by Sardinia and Mauritius.

The five-star Sani Resort in the Halkidiki peninsula was selected as “the best family hotel” mainly due to its wide variety of children’s activities, followed by Sardinia’s Forte Village and Turkey’s Gloria Hotels & Resorts.