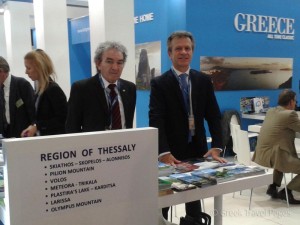 Aiming to boost incoming tourism to the Northern Sporades island of Skopelos, the Spyrou Hotels Group announced the launch of promotional activities that will include an ecotourism workshop on ways of tapping into alternative forms of tourism as a means of extending the season.

Spyrou Hotels, based on Skopelos, which came into the international spotlight after parts of Mamma Mia was filmed there in 2008, participated at this year’s ITB Berlin 2015 show earlier this month together with the Region of Thessaly in efforts to promote the region and open up to the German tourist market.

The group’s Marketing and Sales manager George Michalis met with tourism professionals, journalists and media with interest in alternative forms of tourism and arranged a series of fam trips to Skopelos so that they could get a genuine feel for the island’s offerings.

In the meantime, the number of flights from German cities to the airport of Skiathos, is expected to increase through Air Berlin and Condor Air.

The Spyrou Hotels Group includes Rigas Hotel, Blue Green Bay and Skopelos Holidays Hotel & Spa. The latest addition to its roster, the three-star Elios Holidays Hotel, is scheduled to begin operations in May.

Thessaloniki Hoteliers Reach Out to German Market at ITB 2015