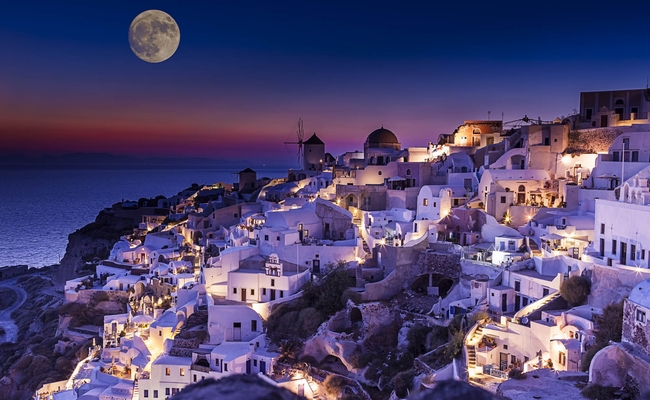 A new brand for Santorini’s tourism promotion — “Santorini. The One” — was officially launched on Tuesday. The new brand is expected to help the municipality to further develop international markets.

The “Santorini. The One” brand was unveiled at a presentation of the island’s new tourism campaign hosted by advertising company Ogilvy, according to local news website “Atlantis”.

Santorini’s new brand is a likeness of a blue semicircle that refers to one of the many blue domed churches on the island.

The new campaign is based on a cooperation launched between Greece’s Public Power Company (DEH) and the Municipality of Thira following a black out that occurred on Santorini in August 2013 that ended up lasting several days and tainting the island’s image.

“Santorini. The One” will be supported by five promotional videos. The first one can be seen below.

Local Authorities Call for United Promotion of the Peloponnese