International Women’s Day: Tourism Sector Can do More to Step it Up on Gender Equality 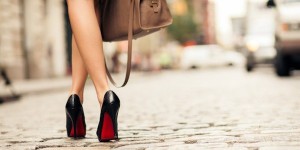 On the occasion of International Women’s Day on Sunday, UNWTO Secretary-General, Taleb Rifai, called upon the tourism sector to step up policies and businesses practices that promote gender equality and women’s empowerment.

The UNWTO/UN Women Global Report on Women in Tourism shows that tourism can offer significant opportunities to narrow the gender gap in employment and entrepreneurship as women are nearly twice as likely to be employers in tourism as compared to other sectors. The report also shows that women are well represented in service and clerical level jobs, but poorly represented at professional levels and earn 10 to 15 percent less than their male counterparts.

“Though in most regions women make up the majority of the tourism workforce, they tend to be concentrated in the lowest paid and lowest status jobs and perform a large amount of unpaid work in family tourism businesses”, Mr. Rifai underlined.

Governments and the private sector have a major role to play in promoting policies that step up equality and women’s empowerment. “There is a particularly important opportunity to promote empowerment through entrepreneurship as tourism has almost twice as many women employers as other sectors”, he added.

On the occasion of one of the biggest tourism fairs in the world, ITB Berlin, held March 4-8, UNWTO’s event on Community Empowerment through Creative Industries and Tourism stressed the role that tourism can play in building better livelihoods for women, particularly in rural areas.

“The growth rate of this sector requires us to look beyond its economic value and identify how to make it a force for positive transformation. We need not to curb this growth but to harness it  – this does not happen by itself – we need to focus our activity in fostering the integration of the most vulnerable into the tourism value chains”, Mr. Rifai had said when opening the event.

The UNWTO/UN Women Global Report on Women in Tourism includes detailed recommendations for national tourism administrations and the private sector in the areas of employment, entrepreneurship, education, leadership and community development.