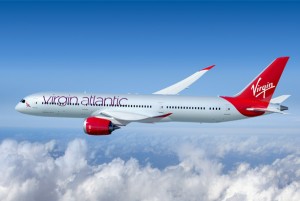 Virgin Atlantic is doubling its flights between London Heathrow and San Francisco, by adding a second daily service from October 24 – and will be putting its newest aircraft on the route.

Last year Virgin Atlantic announced it would add a second service to San Francisco five times a week for the summer season, starting on March 29. Due to its popularity, the airline will be extending the service and next winter it will be flying the route twice daily, seven days a week from October 24. The service will form part of the airline’s joint venture with Delta Air Lines, which offers up to 39 transatlantic flights a day at peak.

The new flight will be operated by a Boeing 787-9 Dreamliner flight numbers VS041 and VS042. From the end of the year a Dreamliner will also operate the first daily flight, meaning that customers visiting The Golden Gate City will consistently be able to fly on Virgin Atlantic’s newest, most fuel efficient aircraft.

From October 24 the airline’s first flight to San Francisco will depart at the earlier time of 11:25 am, offering customers a better choice of departure times with a morning and afternoon departure from London and an evening and late evening departure from San Francisco.

Virgin Atlantic has also revealed the next routes on which customers will be able to enjoy the new 787-9 Dreamliners. As part of Virgin Atlantic’s extensive fleet-renewal programme which will see 70 percent of its fleet replaced between 2011 and 2018, the airline has already taken delivery of three of the aircraft with six more due over the course of 2015. In addition to San Francisco, the 787s will be rolled out to several more routes this year, including London Heathrow to Hong Kong, Delhi, Shanghai, Los Angeles and Johannesburg.

Virgin Atlantic’s Boeing 787-9 aircraft are configured with 264 seats which consist of 31 Upper Class seats, 35 Premium Economy seats and 198 seats in Economy. The quieter, more fuel efficient Dreamliner brings with it new innovations for passengers and a cutting edge product for them to enjoy

Discover the World is the general sales agent (GSA) of Virgin Atlantic in Greece.