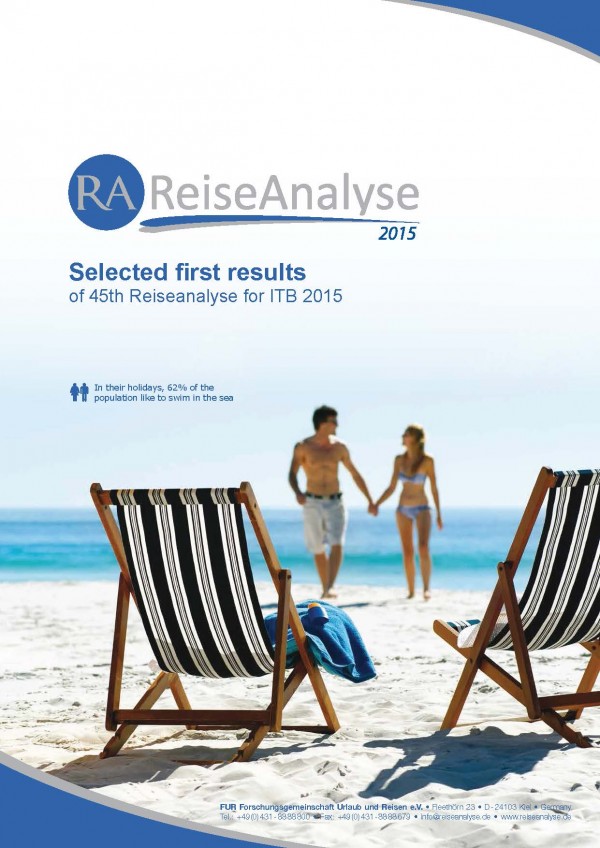 More and more Germans are expressing interest in travelling abroad and willing to spend more and do more, according to a study of German travel trends presented at this year ITB 2015 in Berlin, by tourism research company FUR.

According to the RA ReiseAnalyse 2015 study by FUR (Forschungsgemeinschaft Urlaub und Reisen e.V.), 55 percent of Germans have plans for their holidays this year, with a mere 11 percent still remaining undecided.

Spain leads the way as the top destination for German vacationers with a 13 percent share of the market, followed by Italy and Turkey in second place and Austria third. Croatia and Greece are next on the list both expected to force France out of the fifth spot.

Research reveals that Germans are keen on exploring remote destinations in Asia and northwestern Europe,which seem to have potential for growth.

German holidaymakers still prefer sea and sun, followed by rest and relaxation as well as nature travel and are now more interested in holidays that offer a range of activities.

For this year, the report finds, 12 percent of German travellers are expected to spend more on their holidays while 9 percent said they would limit their travel budget.

Conducted annually, the ReiseAnalyse is considered the leading study of the German holiday market.