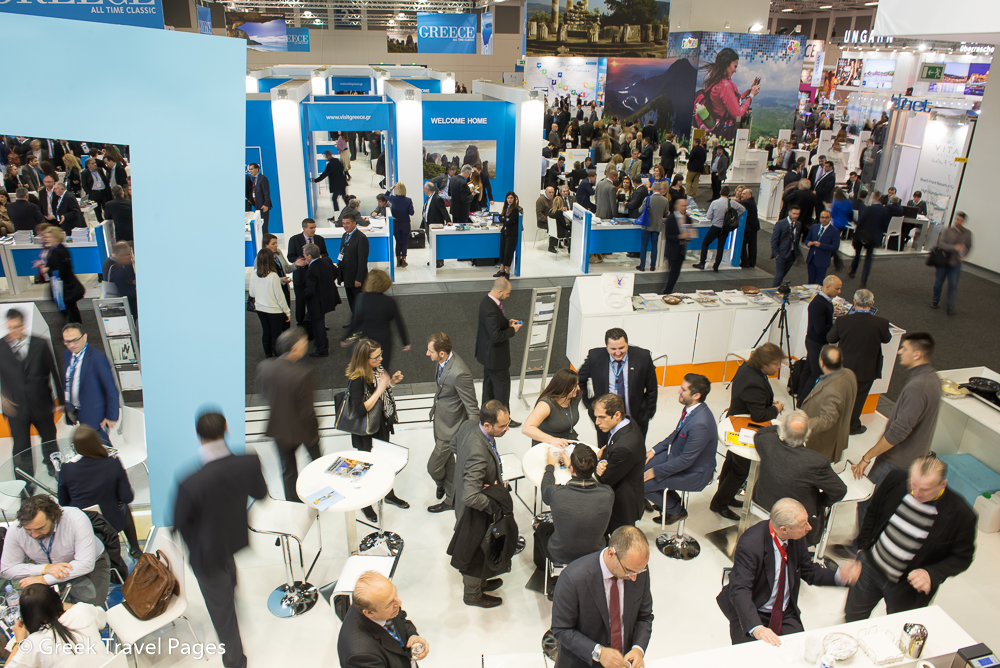 Greece may be struggling politically and economically, but its holiday market hit a new high in 2014 with record arrivals, according to the FVW Daily, which is distributed at the ITB Berlin trade show.

FVW Mediengruppe, Germany’s leading travel industry media group, ran a story on Greece’s success in tourism in an issue of its daily newspaper that includes the news of ITB in German and English. Each day more than 25,000 copies are distributed at the entrances, to all exhibitors and visitors of ITB 2015. 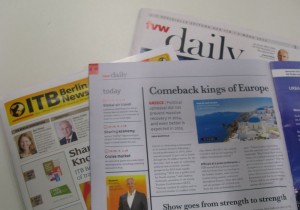 Under the title “Comeback kings of Europe”, journalist Sara Macefield, reported that “Greece is celebrating a turnaround in its tourism fortunes following a record performance in 2014… And in spite of continuing political and economic turmoil, prospects for 2015 look equally promising”.

Last year, arrivals to Greece jumped 23 percent to smash through the 20 million barrier for the first time, the journalist notes and includes comments made by the president of the Greek Tourism Confederation (SETE), Andreas Andreadis, at a press conference in Berlin.

“Officials at a press conference at ITB stressed that political tensions with Germany have no bearing on the holiday market, with German tourists being warmly welcomed throughout Greece. They also ruled out any prospect of a Greek exit from the euro or defaulting on its debt”.

To see the online version of the article press here.

FVW media group has more than 40 years of expertise in tourism.