As part of its ongoing efforts to promote the Greek capital as a leading city break and MICE destination, the Athens Convention and Visitors Bureau (ACVB) presented its plans and projects for 2015 during a special event last month at the Hellenic Motor Museum. 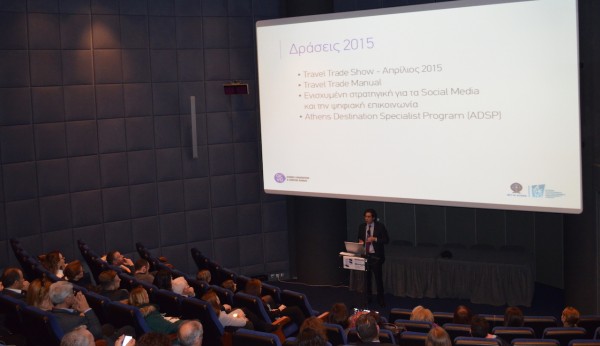 Alexis Galinos, CEO of the municipality’s Development and Destination Management Agency (EATA), said the city was currently upgrading its online presence and utilizing the social media towards the far-reaching promotion of Athens, and added that a new modernized interactive portal would be operational in October.

Among other plans, the ACVB will organize four Athens famtrips aimed at international media representatives, professionals and bloggers involved in MICE and leisure tourism. Priorities include promoting events of international appeal such as the Classic Athens Marathon.

The ACVB also announced the latest developments in the planning of the 2015 Travel Trade Athens to take place on April 26-27. A large number of hosted buyers have expressed keen interest.

The event closed with the cutting of the traditional New Year’s vassilopita cake.